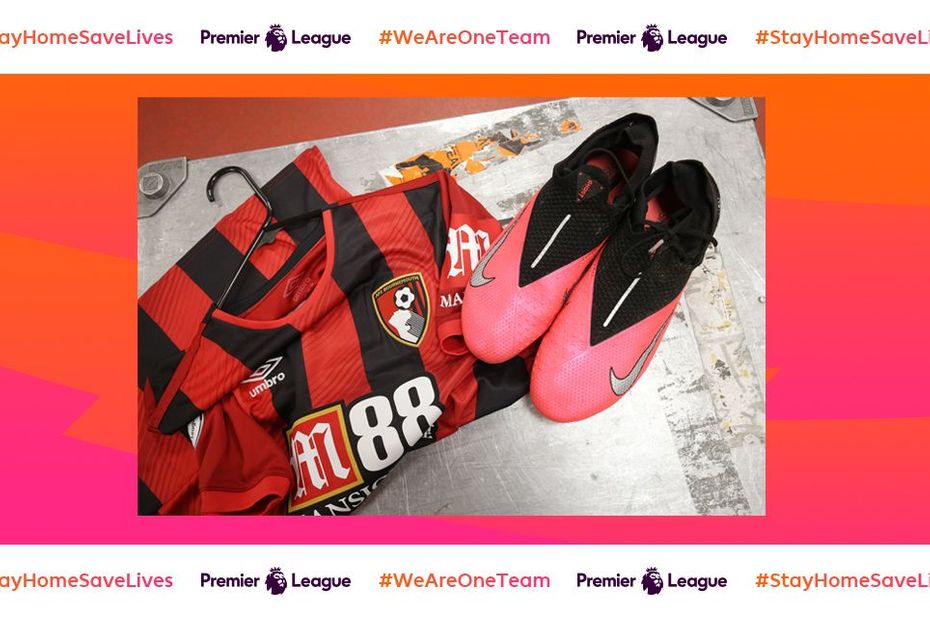 Players from AFC Bournemouth are backing a new campaign called "Boot the Virus", which aims to support the NHS and its ongoing battle with COVID-19.

Footballers have been asked to donate a pair of signed matchday boots, which will then be auctioned online, with the proceeds sent directly to the NHS.

AFC Bournemouth's first-team players have all agreed to help, donating 37 pair of boots between them.

The idea was the brainchild of Kenny Marland and his partner Joanne, with the former undergoing chemotherapy in his fourth battle against cancer.

"I have a personal affinity with the NHS heroes due to my vulnerable situation," Marland told the Cherries' official website.

"I am frustrated at having to stay at home when I would rather be volunteering to help the wonderful people at the NHS."

Players from Everton and Manchester City have also supported the campaign by donating pairs of boots.

See: How our clubs have been helping the NHS