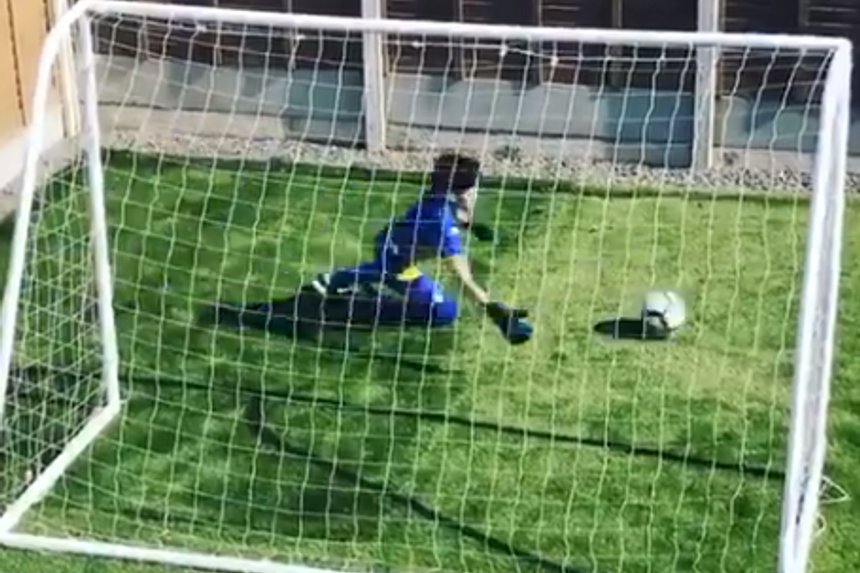 Coronavirus: Players show how to keep healthy at home
PL Primary Stars available to inspire kids at home
Clubs show you how to stay fit at home

A boy has been praised by Premier League stars after coming up with a clever way to continue his goalkeeping training during home isolation.

With the coronavirus outbreak forcing school closures and social isolation, the lack of team-mates and opponents is a challenge for aspiring footballers.

Creativity is required, and Sarah-Jayne Tobin posted a video of her son, an only child, kicking his ball against a fence before diving to save the rebounds.

When you’re a goalkeeper... and an only child... in self isolation... and trying to keep up with your training... 😂😂came up with this himself! I’m so impressed. #coronavirus #StayHomeStaySafe pic.twitter.com/FFzJ1LE3N1

Premier League players were impressed with his improvisation and sent messages of praise and support to the Leeds United fan.

Manchester United midfielder Juan Mata tweeted: "One day, if he wants, and when all this is over, I would like to practise my free-kicks with him in goal! What do you think?"

And Watford 'keeper Ben Foster said he is keen to join him for a training session at a future date.