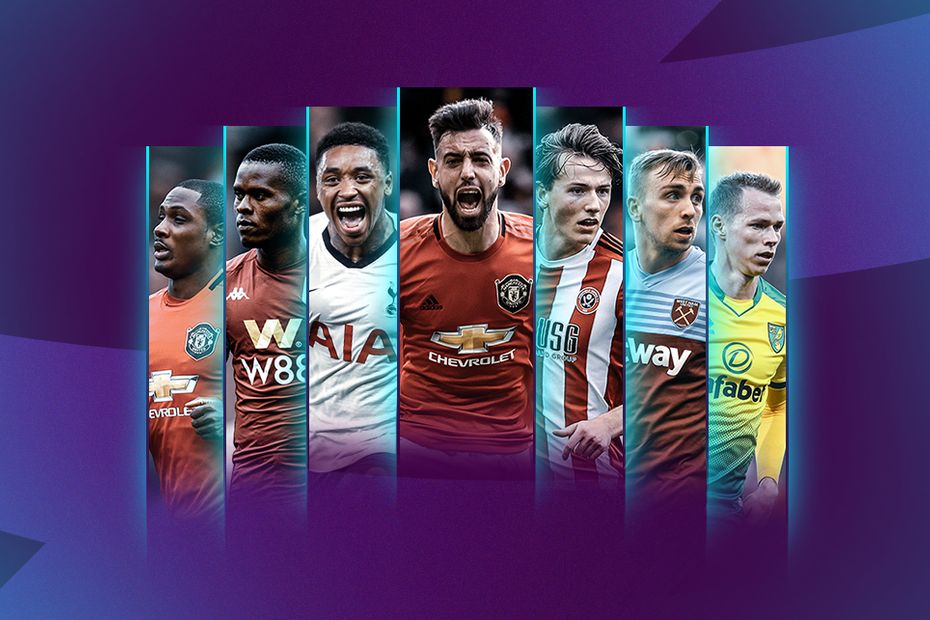 February EA SPORTS Player of the Month Bruno Fernandes is not the only winter recruit to have made an impact for their club, so who gets your vote?

Fernandes named EA SPORTS Player of the Month for February 2020

And his early contributions have been recognised with the Premier League’s February EA SPORTS Player of the Month award.

But the Portuguese midfielder is not the only player to have made a rapid impact for their club following a move during the winter transfer window.

So, who has been the best January signing?

We look at the contenders, including Fernandes' Man Utd team-mate Odion Ighalo, and you can have your say below.

The 22-year-old midfielder has quickly established himself at Bramall Lane, starting the back-to-back wins over Crystal Palace and AFC Bournemouth and the 1-1 draw against Brighton & Hove Albion. The Norwegian has won the highest percentage of duels and made the second-most tackles for his new side since the start of February, helping the Blades climb to seventh.

The Dutchman has scored two goals in five Premier League matches since arriving from PSV Eindhoven. He scored a fine volley on his Tottenham Hotspur debut, hitting the opener in a 2-0 win over Manchester City, and also found the net against Wolverhampton Wanderers before since suffering an ankle injury.

The 23-year-old winger, signed from Hull City, has quickly increased West Ham United's threat. He scored on his full debut as the Hammers beat Southampton 3-1 and then troubled Arsenal in a 1-0 away defeat, hitting the post in a match the visitors were unlucky to lose.

The Slovakian midfielder has started Norwich City's last seven Premier League matches, helping them to 1-0 wins over AFC Bournemouth and Leicester City, and a draw at Newcastle United. His totals of 17 tackles and 15 chances created in the competition since his debut are both team-leading figures.

The playmaker has provided at least a goal or assist in every Premier League match apart from on his debut. He has scored against Watford and Everton and set up three more Premier League goals, while also finding the net against Club Brugge in the UEFA Europa League.

The Nigerian has made a prolific start with the club he supported as a boy, scoring four goals in just three starts in all competitions. That includes a stunning strike in his last match against LASK Linz.

The striker scored on his Premier League debut against AFC Bournemouth to become the first Tanzanian to net in the competition. Having started the EFL Cup victory over Leicester City that secured Aston Villa's place at Wembley, he was on target in the final against Manchester City, which ended in a narrow 2-1 defeat.