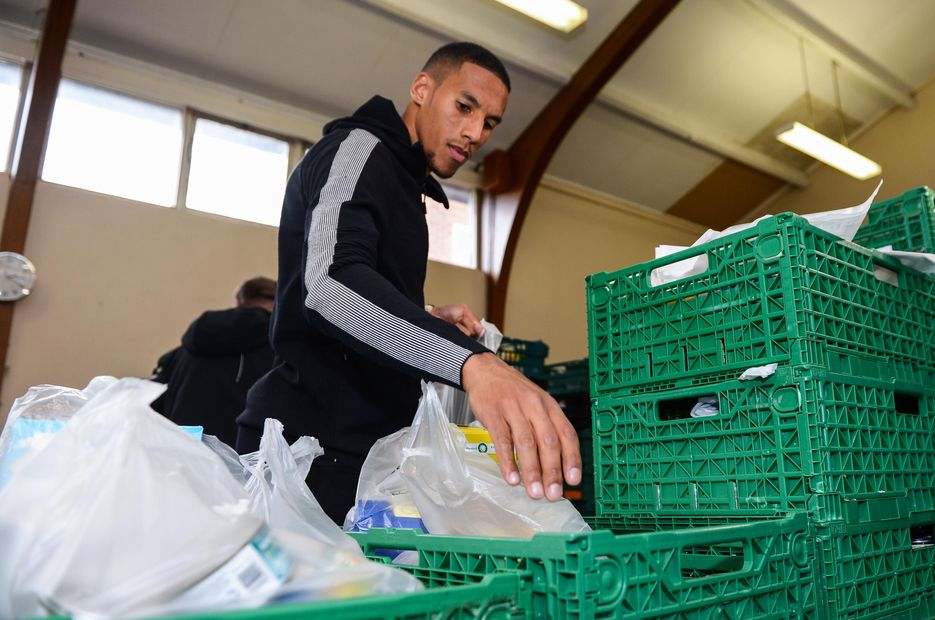 Premier League clubs are donating unused food to the people who need them most after matches were postponed until 4 April.

Aston Villa, Brighton & Hove Albion, Manchester City, Newcastle United and Tottenham Hotspur are among those who have given up thousands of food items to the vulnerable and homeless in their communities.

The clubs had purchased meals to cook for fans and staff ahead of Matchweek 30 but they will now go to various night shelters and soup kitchens.

Midfielder Isaac Hayden, pictured top, has seen the work of Newcastle West End Foodbank, the largest of its kind in the country, providing emergency food parcels and provisions to around 3,000 people across Tyneside each month.

"We simply could not continue to fight food poverty without the amazing generosity of Newcastle United and its fans," Carole Rowland from Newcastle West End Foodbank told the club's official website.

Following the cancellation of tomorrow's game, we have have delivered over 1,200 items of produce to the @felixprojectuk, a London-based charity which aims to tackle food waste and hunger in the capital.#THFC ⚪️ #COYS

We are pleased to say that all of the food has now been allocated to a number of homeless charities and housing shelters.

Thank you Twitter for ensuring this food doesn’t go to waste and it is going to those who will really benefit 👏 https://t.co/lpSIuT7bMu

Liverpool have also stepped up to help those in need in their community on Merseyside.

Fixtures at Anfield significantly help the North Liverpool Foodbank, which, thanks to the generosity of Liverpool fans, receives approximately 25 per cent of its donations from matchday collections.

So, the Liverpool first-team squad and the LFC Foundation have committed to a joint donation of £10,000 a match for the four remaining league fixtures scheduled at Anfield this season to ensure the foodbank can continue to function.