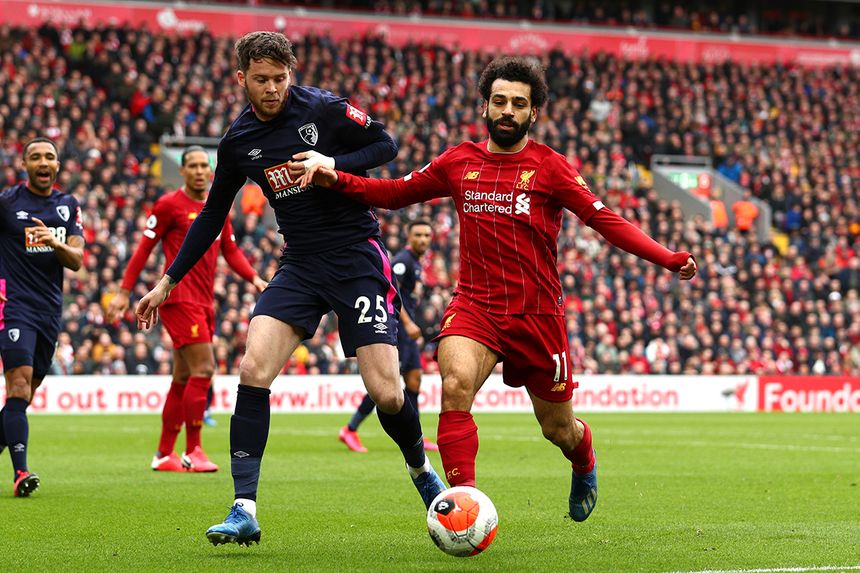 For a third of the Fantasy Premier League who captained Kevin De Bruyne (£10.6m) in Gameweek 29, the postponement of Manchester City's match against Arsenal was not such bad news, as Mohamed Salah (£12.7m) led the players whose total doubled as vice-captain in his absence.

FPL’s most popular player, Manchester City's De Bruyne was captained by more than 622,000 managers for his pair of Gameweek 29 matches against Manchester United and Arsenal, while 11,664 people Triple-Captained the Belgian.

But his absence from Sunday’s Manchester derby, combined with the postponement of Wednesday’s match with the Gunners, means those managers will now score double points from their vice-captains, or triple in the case of vice-Triple Captains.

Liverpool's Salah was the most-popular vice-captain for those who gave the armband to De Bruyne, backed by 111,000+ managers.

He totalled nine points in Liverpool’s 2-1 home win over AFC Bournemouth and will now return a captaincy haul of 18 points.

The combined 113,000+ managers who chose Jamie Vardy or Sadio Mane as their vice-captain fared even better. The Leicester striker claimed 11 points, while Liverpool's Mane earned 13.

De Bruyne’s 46.3 per cent owners will also now be relying on a substitute to come off the bench as a replacement.

Similarly to De Bruyne, Pierre-Emerick Aubameyang (£11.1m) was among the top three captains in the Gameweek.

The Arsenal forward was given the armband by more than 1.1m managers for his matches against West Ham United and Man City.

He was also the most-bought player in the Gameweek, earning over 681,000 new owners.

But Aubameyang's blank against the Hammers means he has totalled just four captaincy points.

The postponement of Wednesday’s match means that the Man City v Arsenal match will now be rescheduled for another Gameweek.

That is likely to hand both sides another Double Gameweek later in the season.

But any points they score in that fixture will be allocated to the new Double Gameweek and not Gameweek 29.