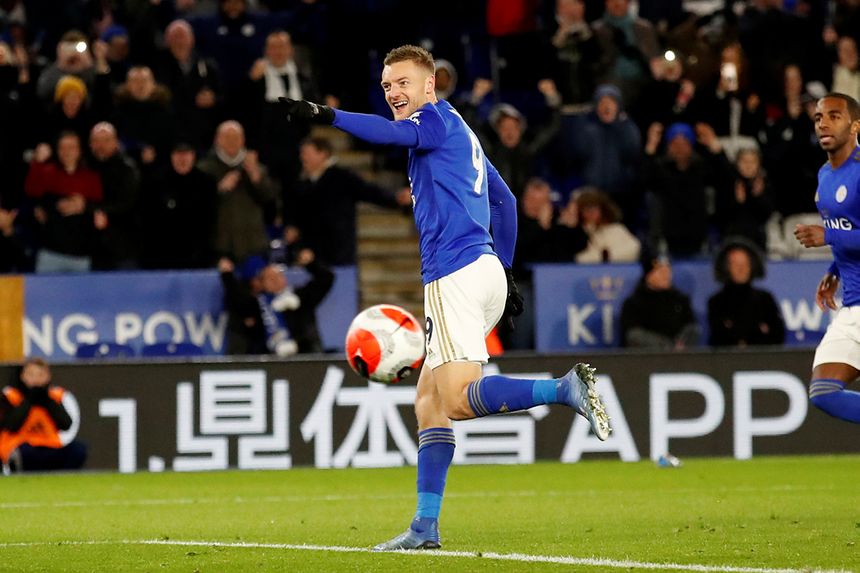 The Scout looks at the Gameweek 29 numbers as Leicester striker, the most-sold player, ended his goal drought with two goals

Jamie Vardy (£9.6m) made the 635,000+ Fantasy Premier League managers who sold him in Gameweek 29 regret their decision with two goals and 11 FPL points in Leicester City's 4-0 triumph over Aston Villa.

Vardy was the most-sold player going into GW29, having gone seven matches without a goal, but he came on as a second-half substitute and took his tally to a league-leading 19 goals this season.

Danny Ings (£7.2m) was the second most-sold player, a decision that 316,000+ managers would have been happy with as the Southampton striker blanked in the 1-0 defeat by Newcastle United.

Adama Traore (£5.8m) completed the top three, and his sellers were relieved by the Wolverhampton Wanderers midfielder failing to produce after coming off the bench in the goalless draw with Brighton & Hove Albion.

Mohamed Salah (£12.8m) rewarded the 1.4million Fantasy managers who trusted him with the captain's armband, making him the most-popular selection for the fifth successive Gameweek.

The Egyptian equalised for Liverpool as they saw off the challenge of AFC Bournemouth in Saturday's early kick-off, the fifth successive home match in which Salah has struck.

Aubameyang was unable to answer the prayers of 1.1million FPL managers, when he blanked against West Ham United and then the trip to Manchester City on Wednesday was postponed, meaning he won't be able to add to his Gameweek 29 tally of two points.

There was also disappointment for the 622,000 managers who captained Man City midfielder Kevin De Bruyne (£10.7m).

De Bruyne was left out of the squad for the derby at Manchester United at Old Trafford on Sunday with a shoulder problem.

More than 11,000 managers had used their Triple Captain chip on the Belgian.

The same three players were chosen by the top 100 managers, although Aubameyang was the No 1 pick.

The Gabon international also gained 681,000+ new owners, making him the most popular signing ahead of Gameweek 29.

Back-to-back double-figure hauls persuaded more than 333,000 to add Diogo Jota (£6.3m) to their squad, but the Portuguese was unable to continue this run as he was substituted in Wolves' match at home to Brighton.

Like Jota, Bruno Fernandes (£8.4m) has produced double-digit hauls in successive Gameweeks. More than 301,000 FPL managers acquired the Man Utd midfielder before the deadline, and he rewarded them with an assist.

However, unlike Wolves, Man Utd are without a fixture in Gameweek 31 and their two matches before the blank score four in the Fixture Difficulty Ratings.