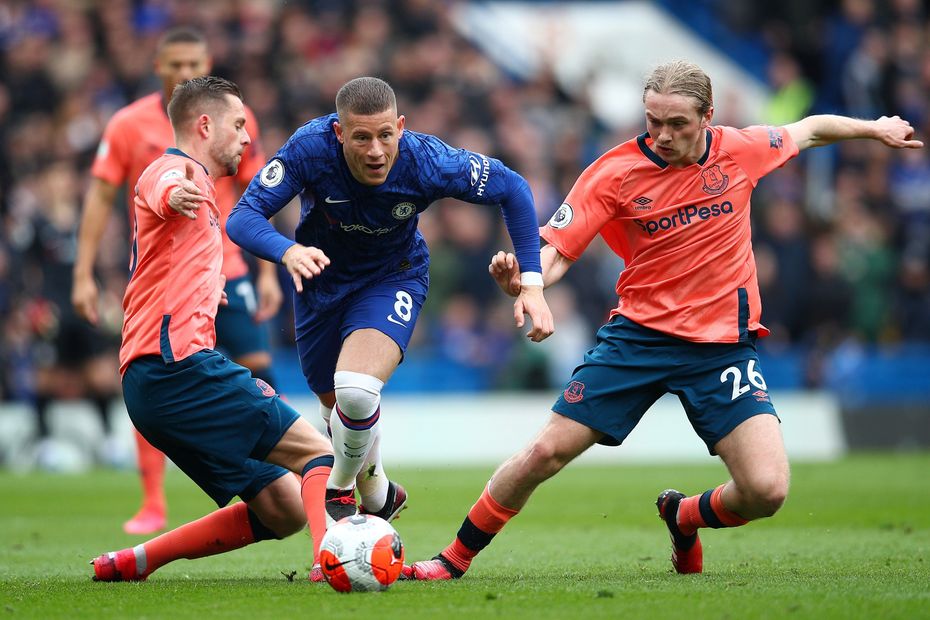 Ross Barkley was one of the weekend's top performers, with his two assists helping Chelsea sink his former club Everton

Supporters voted in their thousands to celebrate their Budweiser Kings of the Match in Matchweek 29.

Fans across the world voted on the final whistles for their top performers via the official Premier League website and app, and here's who came out on top in the weekend's fixtures.

The Egyptian scored his 16th Premier League goal of the season on his 100th league appearance for Liverpool, earning him 49.6 per cent of the vote.

Arsenal's goalkeeper made a succession of key saves to keep a clean sheet in his side's narrow win over West Ham United.

Crystal Palace's match-winner struck his eighth league goal of the season to take 65.3 per cent of the vote.

The Blades' win against Norwich City was secured by Billy Sharp's goal, with the assist coming from Lundstram, who also helped his side keep a clean sheet.

The Frenchman scored Newcastle United's decisive goal at St Mary's, with his 79th-minute strike earning the Magpies a first victory in six matches.

Doherty received 39 per cent of the vote as Wolverhampton Wanderers kept a clean sheet to remain unbeaten for a fifth straight match.

Alli's 50th Premier League goal was an important one, with his converted penalty bringing Tottenham Hotspur level at Turf Moor and ultimately earning them a point.

The midfielder set up two goals in the impressive home win over his former club Everton, claiming his first King of the Match award of the season.

The Frenchman scored the opening goal as Man Utd won the Manchester derby at Old Trafford.

The Leicester City striker ended a 644-minute Premier League goal drought, coming off the bench to score twice and take the outright lead in the race for the Golden Boot with 19 strikes.