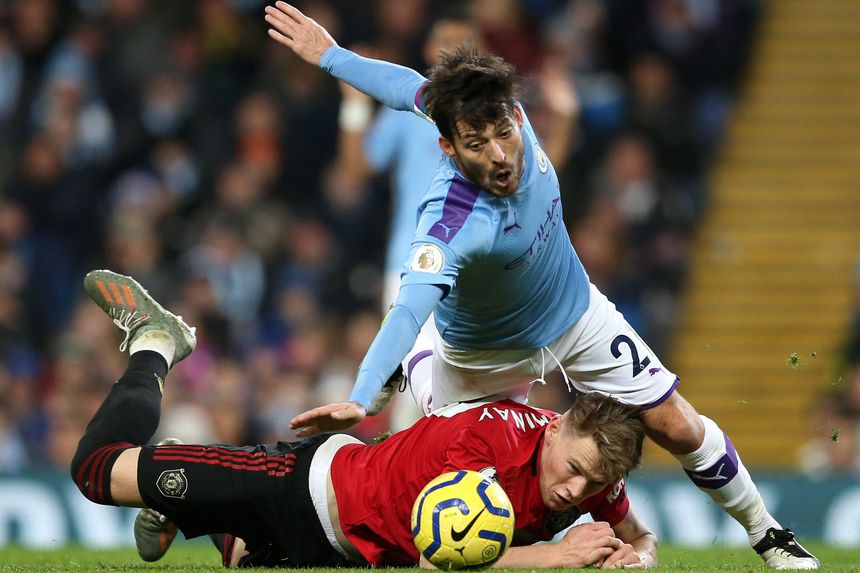 Manchester United will keep the pressure on Chelsea for a top-four spot if they win their second Premier League Manchester derby of the season.

Manchester City come into this fixture after reaching the FA Cup quarter-finals in midweek, just four days after winning the EFL Cup for a third consecutive time at Wembley.

Man Utd's Harry Maguire (ankle), Aaron Wan-Bissaka (back) and Daniel James (knock) are doubtful and will be assessed ahead of Sunday's contest.

A decision on Kevin De Bruyne's availability will be made on Sunday and he could be in contention for Man City.

Leroy Sane continues to work his way towards full fitness, but this match comes too soon.

Man Utd are aiming to complete a Premier League double over Man City for the first time since 2009/10 when Sir Alex Ferguson was manager.

Sergio Aguero has scored nine times in Manchester derbies in all competitions. Only Wayne Rooney (11), Joe Hayes (10) and Francis Lee (10) have netted more. Aguero has struck four times in Premier League fixtures at Old Trafford, with Steven Gerrard the only visiting player to score there more often in the competition, with five goals.

Man City have won their last three Premier League matches at Old Trafford and could become the first top-flight side to win four in a row since they themselves did so with a run of five victories between 1968 and 1972.