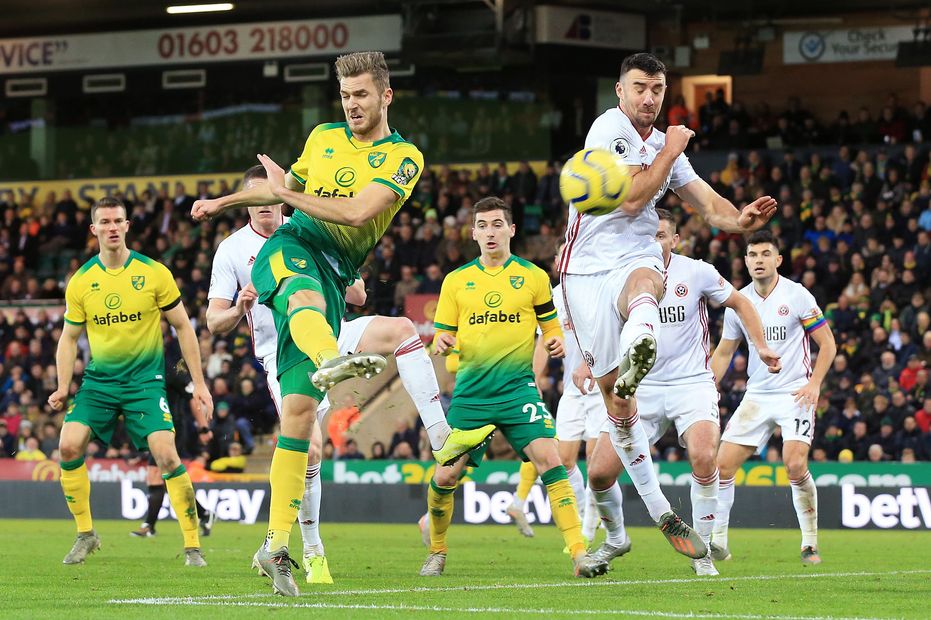 Sheffield United, who have won two matches in an unbeaten run of three, would move to within two points of the top four with a home win.

Norwich City lie four points adrift at the bottom but have renewed hope in their bid for survival after beating third-placed Leicester City last time out.

John Fleck and Enda Stevens are fit and available for Sheff Utd having missed the midweek FA Cup win at Reading.

Teemu Pukki and Alex Tettey have both recovered from illness and are available for Norwich, who will also assess Christop Zimmermann (hamstring).

Timm Klose (knee) is back in training but Saturday's contest comes too soon.

Sheff Utd's Dean Henderson can become the 11th goalkeeper to reach 10 Premier League clean sheets while under the age of 23, and the fourth Englishman after Joe Hart, Scott Carson and Jack Butland.

The Blades are aiming for a first league double over Norwich since 1938/39. This is the 28th season in which they have faced the Canaries since then.

Norwich have given 7,026 minutes to players aged 21 or under this season, more than any other Premier League side.

The Canaries are looking to win a second consecutive Premier League match for the first time since April 2016.