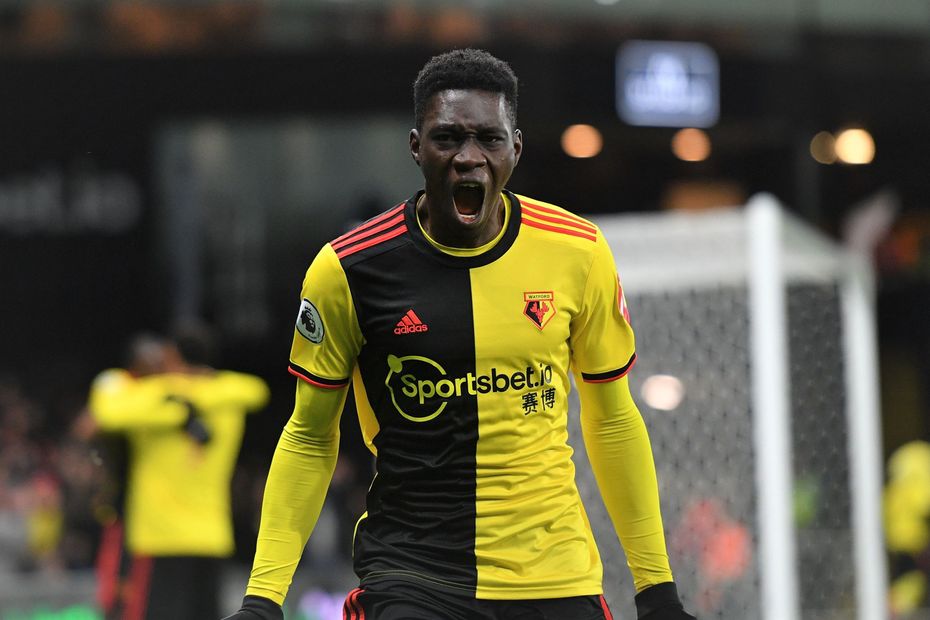 Ismaila Sarr was the star as Liverpool’s unbeaten season came to an end at Vicarage Road, with Watford recording a famous 3-0 win against the leaders.

Watford were rewarded for a bright start hit by an injury to Gerard Deulofeu with two early second-half goals through Ismaila Sarr.

The opener came on 54 minutes, when Abdoulaye Doucoure reacted quickest to tee up Sarr to tap in.

Sarr doubled the advantage six minutes later, running on to Troy Deeney’s pass before lifting the ball over Alisson.

On 72 minutes, Sarr returned the favour, finding Deeney, who finished beyond a stranded Alisson.

A first win in six matches lifts Watford out of the bottom three on goal difference.

The end of Liverpool's 44-match unbeaten run, lasting 422 days, and of their 18-match winning streak, keeps them on 79 points, 22 points above Manchester City.