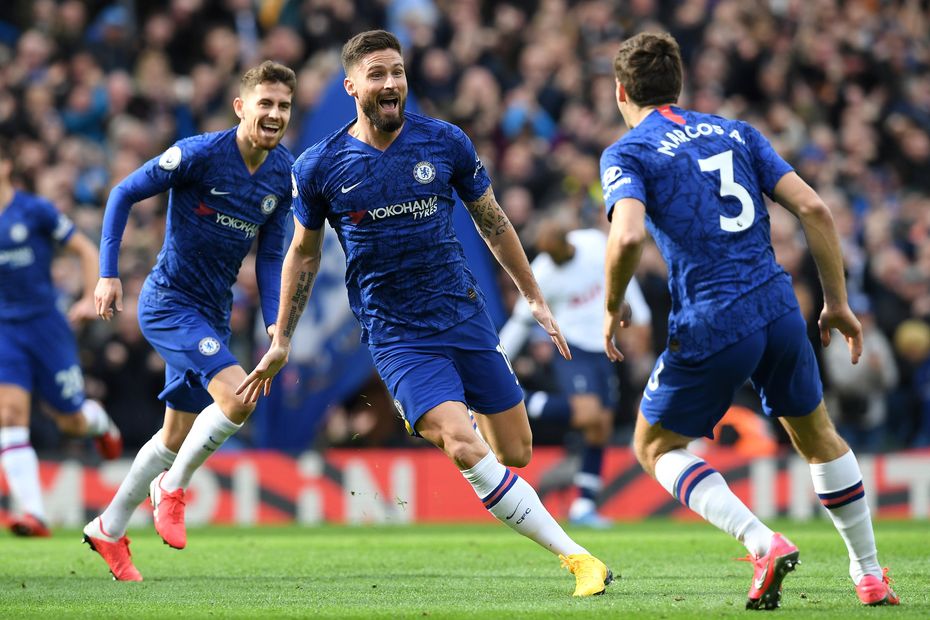 From Olivier Giroud to Riyad Mahrez, see whose performances earned the most votes from supporters

Supporters voted in their thousands to celebrate their Budweiser Kings of the Match in Matchweek 27.

The striker scored his first Premier League goal of the season to set Chelsea on their way to a 2-1 win at Stamford Bridge. He got 57.3 per cent of the vote.

The goalkeeper helped Burnley to their fifth match unbeaten, keeping a third clean sheet in that time.

Crystal Palace's match-winner took 65.1 per cent of the vote. His free-kick was the difference in their 1-0 win against Newcastle United.

The Blades defender put Sheffield United ahead with a fierce strike in their 1-1 draw which helped his side move on to 40 points for the season.

His second goal of the season set Southampton on their way to a 2-0 win, earning him 59 per cent of the vote.

The Manchester City midfielder supplied the assist on his return to Leicester City for Gabriel Jesus to score the winner.

After scoring his first goal for Manchester United, the midfielder claimed a massive 88.2 per cent of the vote.

The Wolves midfielder capped an impressive week with two goals in the victory over Norwich City, adding to a midweek UEFA Europa League hat-trick.

The Premier League's joint-leading goalscorer claimed his ninth King of the Match award after scoring two goals against Everton.

Another two assists for the Liverpool right-back took his tally to 12 for the season and helped him claim 48.6 per cent of the vote.