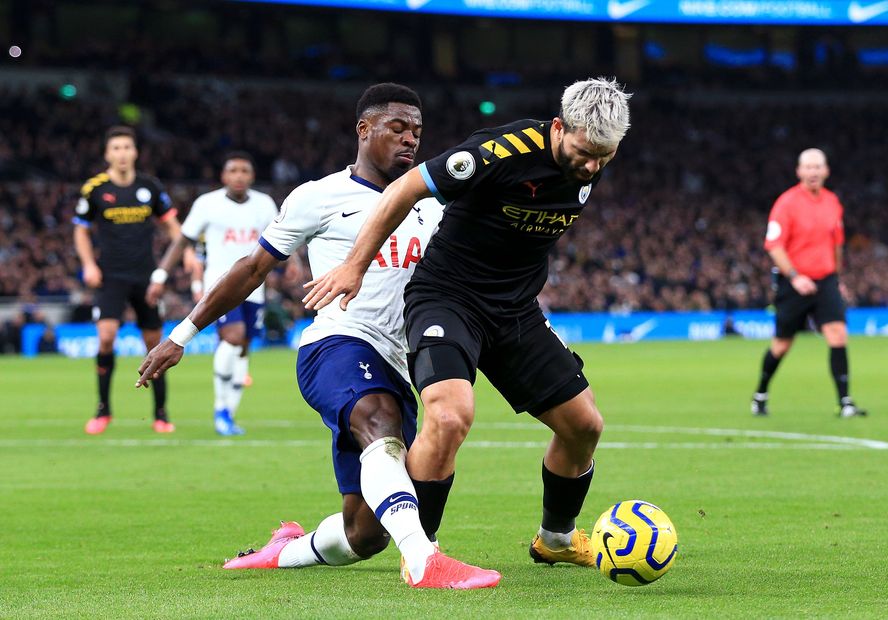 Incident: Crystal Palace defender Joel Ward fouls Enda Stevens. It looks as if he rakes his studs down the shin of the Sheffield United left-back.

Referee Andy Madley issues Ward a straight red card for serious foul play. The VAR advises Madley to review the incident. Madley goes to the Referee Review Area (RRA) where he can see the definitive images of the incident. After doing so he downgrades his red card to a yellow.

Foy's view: The VAR looks at direct red-card incidents. This was an excellent example of the RRA and VAR working. But note that for the two other incidents at the weekend, the second yellow cards awarded to AFC Bournemouth's Jefferson Lerma and Everton’s Fabian Delph, those do not come under VAR's remit.

However, after consultation with the VAR, Oliver overturns his decision and awards the goal to make it 3-3.

Foy's view: This is excellent officiating. The referee waited for the ball to enter the goal as this was an immediate goalscoring opportunity. Once the ball had entered, he awarded a free-kick for handball. VAR checked the incident and found no offence had been committed. So the goal was allowed to stand.

Incident: In the 38th minute, Serge Aurier challenged Sergio Aguero for the ball in Tottenham Hotspur's penalty area. The on-field decision was no penalty and because the ball remained in play, the game continued while the VAR checked for a possible penalty.

The VAR then determined that Aurier had tripped Aguero and when the ball was in a neutral area, the VAR recommended that the referee stop play and award the penalty.

From the resulting missed penalty the referee determined that no foul had occurred, as Hugo Lloris and Raheem Sterling challenged for the ball. The VAR checked this incident and advised that the on-field decision was correct.

Foy's view: It was a penalty. Mike Dean thought Aurier had played the ball but only Aguero had touched it and was fouled by Aurier. Play continued while the VAR determined that it was a foul and a clear-and-obvious error. Once that had been determined, the VAR cannot let the referee know immediately.

They must wait for the ball to go into a neutral zone, at which point they could then feed it back to Dean, who stopped play and awarded the penalty. That was why it took the time it did.

As for those calling for the VAR to get Sterling booked for simulation, yellow cards for simulation are only awarded with the intervention of the VAR when the referee has awarded a penalty based on the simulation and then overturns it and cautions the player. Dean did not think it simulation and so did not award a booking.