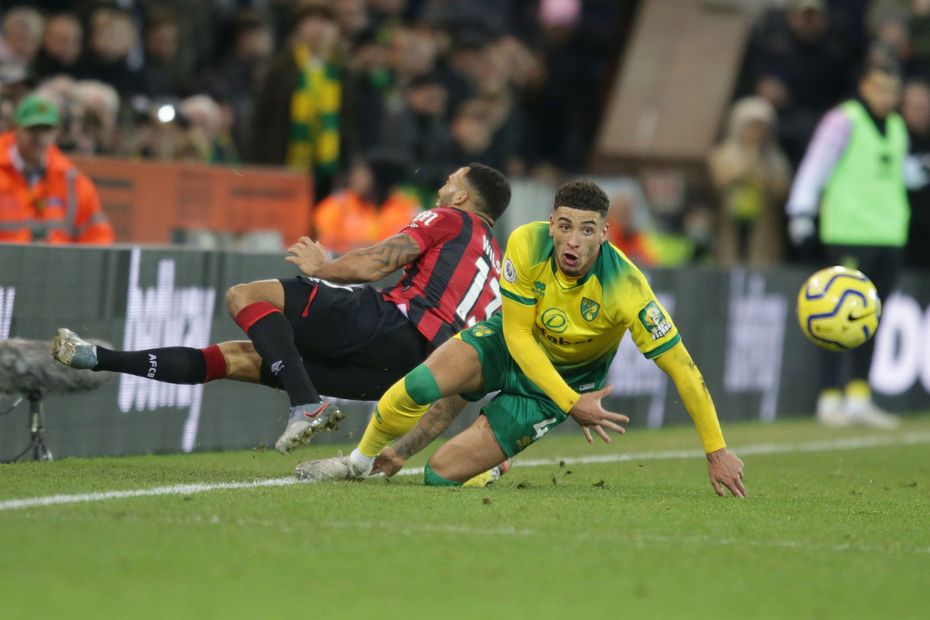 Incident: Ben Godfrey was shown a yellow card for a foul on Callum Wilson by referee Paul Tierney. The VAR looked at the incident and recommended the referee go to the Referee Review Area (RRA) - for the first time in the Premier League - as he felt that it was a possible red card for serious foul play. The referee looked at the challenge on the monitor and upgraded the yellow card to a red card.

Foy's view: This was the first time the RRA has been used and came after a recent clarification to referees. It said that where a red card has been awarded for violent conduct or serious foul play and the VAR believes it should be downgraded, or a yellow card upgraded, the VAR advises the on-field referee to review the incident again on the RRA. Tierney did this and on a second viewing determined that the point of contact and the intensity of the challenge endangered the safety of the opponent. A red card was the correct call, and a little bit of Premier League history too!

Incident: Manchester City were awarded a penalty by referee Graham Scott after the ball struck Jairo Riedewald's hand. The VAR checked the incident and advised the referee to overturn his on-field decision as the ball deflected off Riedewald's foot on to his own arm. The match restarted with a dropped ball.

Foy's view: This was a relatively easy one for the VAR to clear up. He correctly applied Law 12 of IFAB's Laws of the Game on handling the ball. The law says, "It is not usually an offence if the ball touches a player's hand/arm directly from the player's own head or body (including the foot)." The player had no chance to adjust after the ball hit his foot and so the correct decision was made.

Incident: Wolves were awarded a penalty after the VAR advised the referee, Darren England, that his original decision of no foul when Jack Stephens and Cedric Soares atttempted to tackle Jonny.

Foy's view: Jonny was sandwiched between Jack Stephens and Cedric Soares in the penalty area and neither of them got the ball, so the decision to award to penalty was the right one. Darren England was making his Premier League debut and acquitted himself really well. I can understand why he didn't award the penalty with the view he had of the incident but this is where VAR adds real value and can help to correct errors.

Incident: Arsenal's Nicolas Pepe goes down in the area after contact with Sheffield United's Jack O'Connell but the referee and VAR both said no penalty.

Foy's view: Mike Dean was the referee for this one and he didn't see enough to award the penalty and viewed it more as a coming-together between O'Connell and Pepe. The VAR looked at the incident and felt that it wasn't a clear-and-obvious error, so the decision stood. Like many decisions in a game it is a subjective call. The VAR should only intervene if there is a clear and obvious error.