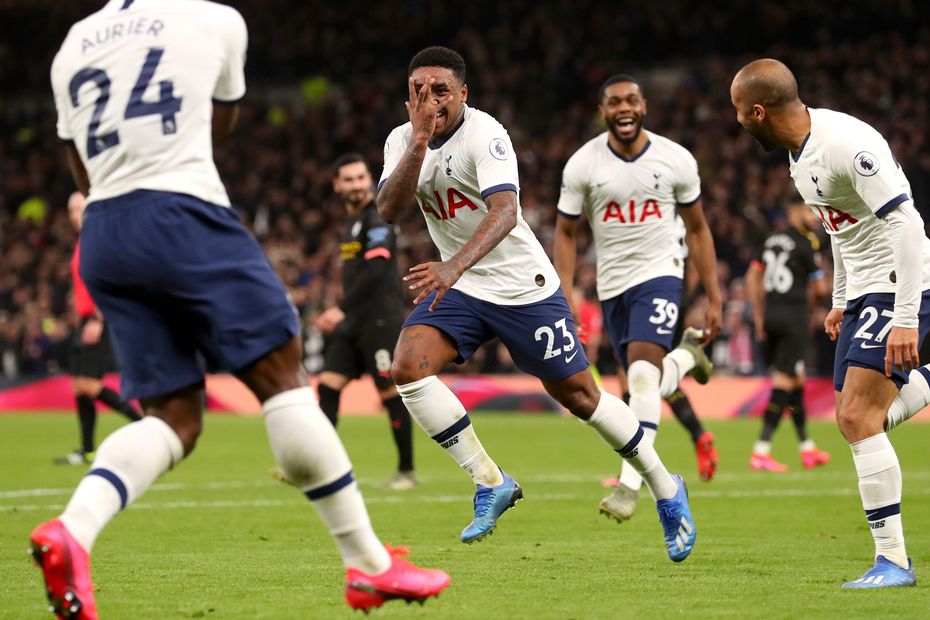 Spurs winger becomes 13th player from the Netherlands to score on their first appearance but how many have done so in total?

Most can only dream of scoring on their Premier League debut but for Steven Bergwijn it became a reality.

The January signing set Tottenham Hotspur on their way to a 2-0 victory over Manchester City and in doing so became the 13th Dutchman to mark their first appearance with a goal.

But how many players overall do you think have scored a debut goal in the Premier League?

For more on this and all the must-know facts for Matchweek 25, read below. To see the reports and key data for the matches, click on the results.

Antonio Rudiger is the first Chelsea defender to score twice in a Premier League match since John Terry did so against Fulham in April 2013.

Courtesy of Mbwana Samatta, Aston Villa scored their first headed goal in the Premier League since Ciaran Clark netted against Watford in April 2016.

Sheffield United enjoyed their first win in their last 20 Premier League matches in London (D8 L11), although the Blades remain unbeaten in the capital in top-flight encounters this season (W1 D4).

Liverpool have earned 100 points from the last 102 available to them in the Premier League, winning 33 of their last 34 matches in the competition, only failing to win away at Manchester United in October 2019 following a 1-1 draw.

Since 2003/04, only in one Premier League away match have Norwich City had more attempts (27 v Cardiff City in February 2014) than the 19 they managed against Newcastle United.

Everton won from two goals behind in a Premier League away match for the first time since September 2015 when they beat West Bromwich Albion 3-2. They had lost the previous 25 in such a position.

West Ham United have lost 19 points from winning positions this season, more than any other side. They also failed to win a Premier League match in which they led by two or more goals for the first time since a 2-2 draw v Crystal Palace in October 2017.

Eight Portuguese players featured at Old Trafford, making Portugal just the third nation outside the UK to have eight or more players appear in a Premier League match, after France and Spain.

Burnley's last two Premier League draws at Turf Moor have come on 2 February, drawing 1-1 with Southampton in 2019 and 0-0 against Arsenal this weekend.

Steven Bergwijn's opener for Spurs made him the 250th player and the 13th Dutchman to score on his debut in the Premier League.