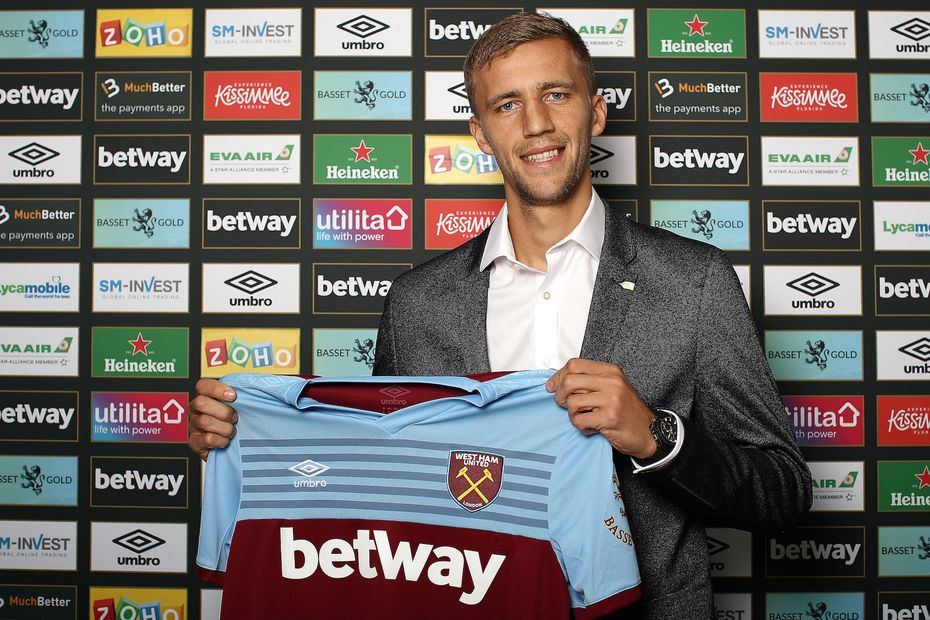 Hammers sign Czech Republic midfielder until end of season, with option for permanent deal in the summer

The Czech Republic international, who has 25 caps, has joined until the end of the season with an option to make the move permanent in the summer.

He has netted 12 times in 26 matches this term, including strikes against Inter Milan and Borussia Dortmund in the UEFA Champions League.

Manager David Moyes told the club website: "I think that he gives us a lot of different qualities, but most importantly he fits the profile of the player we want to bring to the club.

"He is young and hungry but with an established pedigree and proven talent."

Soucek has been given the No 28 shirt at West Ham.

Wednesday night's home meeting with Liverpool comes too soon for Soucek to feature, but he will hope to make his Premier League debut when the Hammers host Brighton & Hove Albion on Saturday.