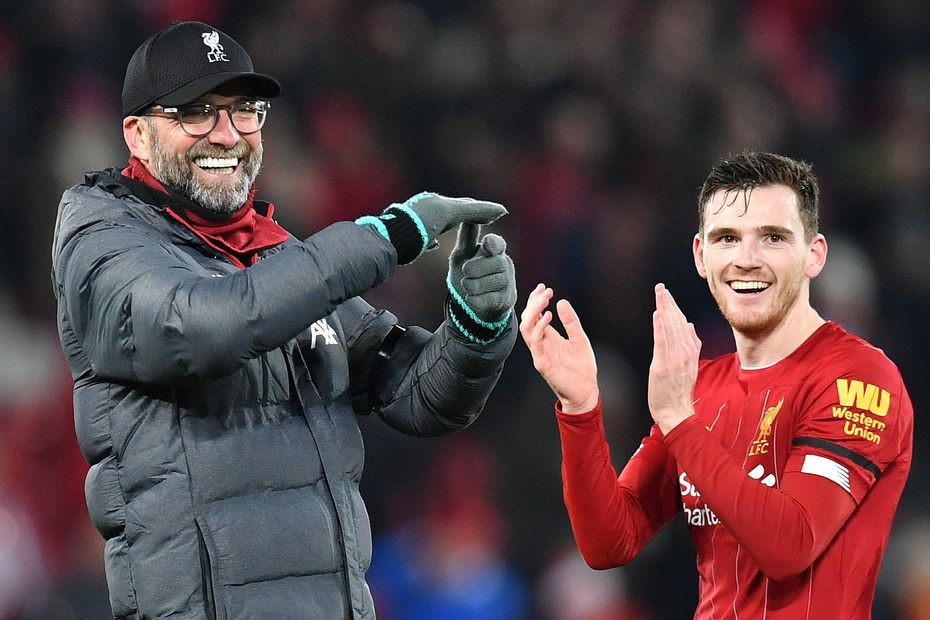 Which Premier League records can Liverpool break?
'We have to be ready for a big fight' - Klopp previews West Ham clash External Link

When Liverpool travel to West Ham United, their 40 Premier League matches without losing is not the only unbeaten run they will be defending.

As well as being undefeated in the league since January 2019, they can boast an even longer streak when it comes to playing on Wednesdays.

They have not lost in 21 Wednesday matches, winning 15 and drawing six since losing 3-1 to Stoke City back in December 2012.

With Jurgen Klopp in charge for 14 of those, it means he has managed more matches on a specific day of the week without losing than any other coach in Premier League history.

Most matches on a day without defeat

But Liverpool's 21-match run falls some way short of the longest unbeaten streak on a certain day.

The record is held by Sir Alex Ferguson's Manchester United, who played 51 times, also on a Wednesday, between September 1992 and March 2002 without a defeat.

Klopp's current Liverpool side are third on the list, thanks to their unbeaten sequence on Saturdays, and can overtake Chelsea if they avoid losing to Southampton, Norwich City and Watford in their next three Saturday fixtures.

Longest unbeaten runs on a day

But despite Liverpool's long unbeaten Wednesday run, they are still not the best-performing Premier League team on that day of the week.

In fact, Man Utd have the best record of all clubs on all but two days.

Tottenham Hotspur are the only team with a better Thursday record, while on Fridays they trail AFC Bournemouth, Arsenal and Brighton & Hove Albion.

Best PL clubs on each day