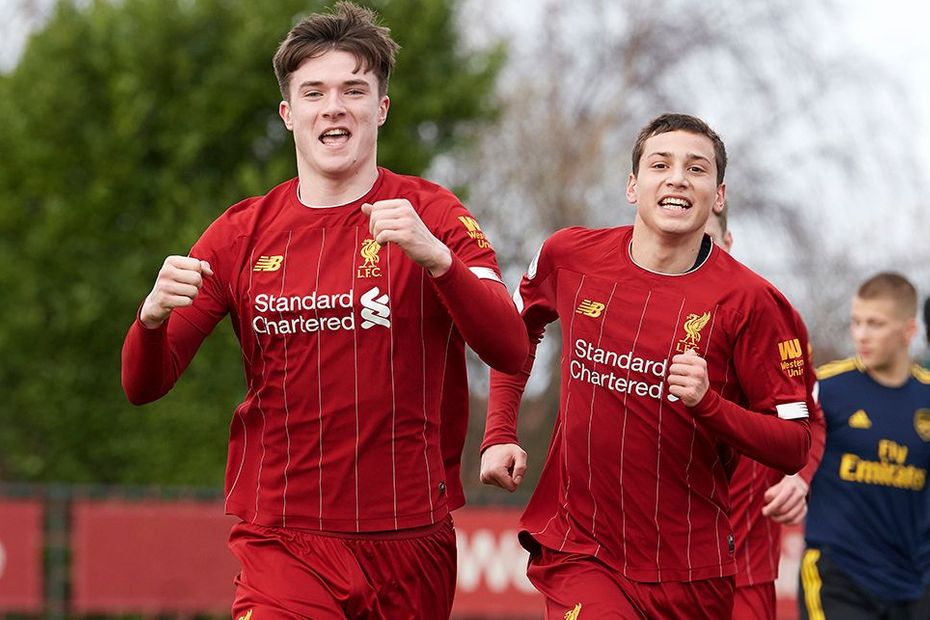 Morgan Boyes, Dal Varesanovic and Luis Longstaff on target in 3-0 win over Gunners

A much-changed Liverpool side completed a 3-0 victory over Arsenal at the Liverpool Academy.

Neil Critchley made 10 changes to the side who earned a 2-2 comeback draw at Wolverhampton Wanderers to qualify for the quarter-finals of the Premier League International Cup.

Yet they produced a fine performance, taking the lead through Morgan Boyes’ header on 27 minutes.

Dal Varesanovic marked his first start for the Reds with a goal just before half-time, and Luis Longstaff curled in a superb second-half free-kick to round off the victory.

Folarin Balogun came close for the visitors when he struck a post late on as Liverpool moved up to fifth in Division 1, two points and a place behind Arsenal.