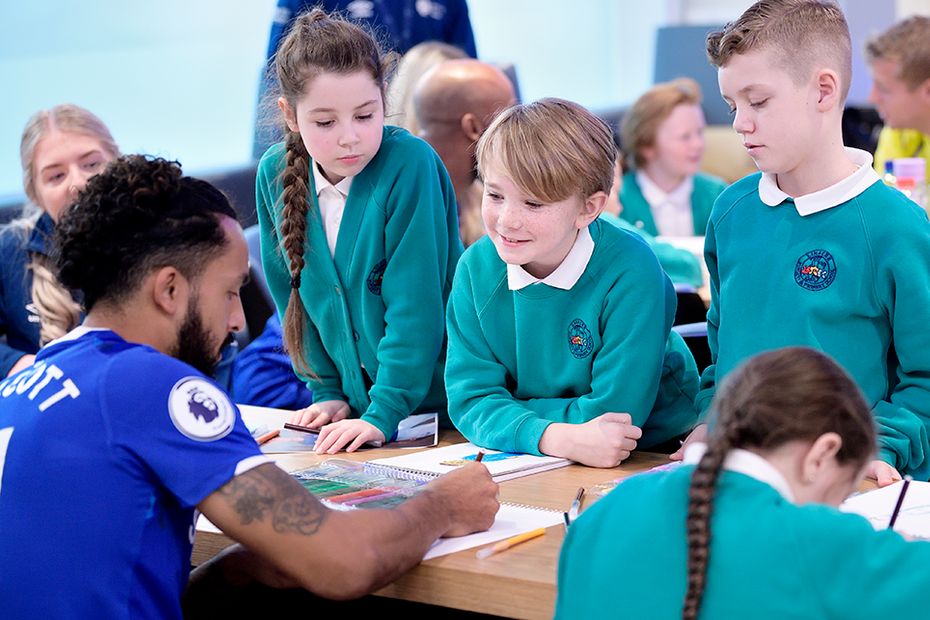 Duke of Cambridge to visit Everton in the Community External Link

Players from Everton showed their artistic talents as they helped youngsters from a local school explore their emotions in a special drawing session at the club's USM Finch Farm training ground.

Seamus Coleman, Fabian Delph, Theo Walcott and Jonas Lossl surprised the children from Linacre School, sitting for portraits before trying their hands at their own drawings.

Linacre is one of the schools that take part in Everton in the Community's "Tackling the Blues" project, funded by the Premier League, which aims to teach young people strategies for good mental and physical health.

"The kids had a few questions about if they had low feelings in the past, and how they deal with things, and the lads gave some great advice," Coleman told the club's official website.

"They are at an age now where it's important for them to be happy, to be enjoying life."

After the session, the pupils were invited to Everton's match against Newcastle United where they saw their portraits come to life.

The drawings were used on the big screens at Goodison Park as well as on social media to highlight the team line-ups and substitutions.