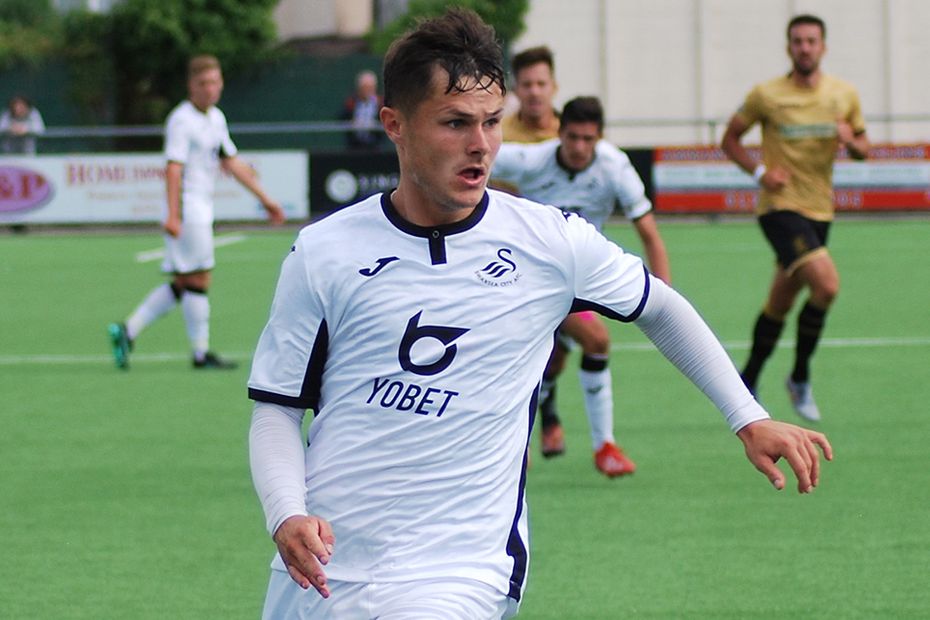 Liam Cullen scored all of his side's goals as Swansea City beat Everton 4-0 to qualify for the quarter-finals of the Premier League International Cup.

The Wales Under-21 international, pictured, completed his hat-trick after just 20 minutes and added a fourth just before the hour mark, making it 17 goals for the season and 10 in January alone.

The Swans top Group D with seven points and qualify for the knockout stages of the competition for the first time in three years.

Everton finish fourth with one point from three matches.

A Callum Wright brace earned Leicester City a 2-1 comeback win over Dinamo Zagreb, but it was not enough to secure a spot in the last eight.

The Croatian side took the side after 22 minutes through Leon Sipos, only for Wright to strike twice in reply.

Leicester finish second in Group A with six points, but they miss out on being one of the two best-placed runners-up on goal difference.

Brighton & Hove Albion finished their International Cup campaign with a 3-2 defeat by Group B winners Wolfsburg.

Julian Justvan put the German side in front before Bojan Radulovic levelled for Brighton.

Brighton end Group B in third place with one point, while Wolfsburg finish top with a 100 per cent record.

Second-placed West Ham United reach the knockout round as one of the two best-placed runners-up.

The remaining place will be decided when the final Group E match between Wolverhampton Wanderers and Liverpool takes place at Molineux on Wednesday night.

The draw for the last-eight stage will take place on Thursday 30 January.