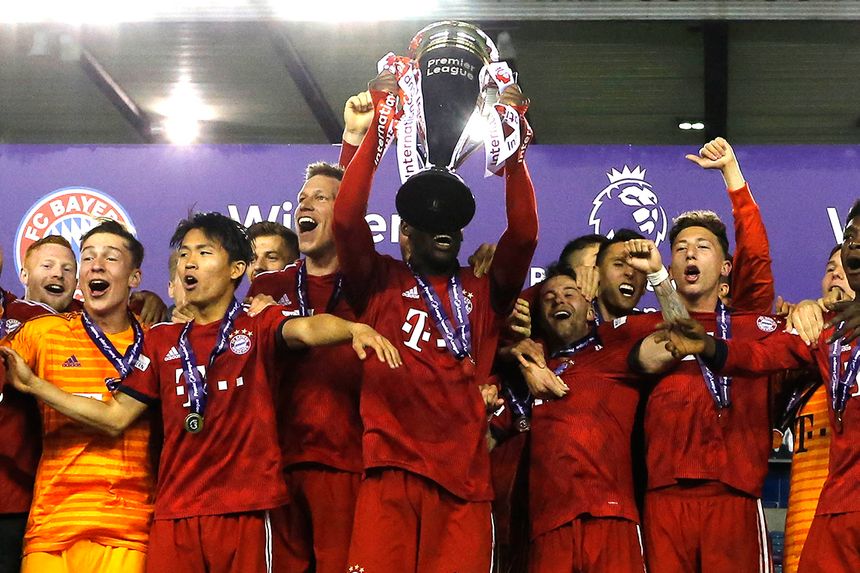 The Premier League International Cup features 12 of England's best Academy sides against 12 of the top development squads in the rest of Europe.

The tournament was introduced for the 2014/15 season to give homegrown talent the chance to test themselves against the best young players on the Continent and adapt to the demands and different styles of domestic and European football.

This is something they will have to cope with if they play UEFA Champions League or UEFA Europa League matches later in their careers.

Twelve teams from Premier League 2 and 12 equivalent teams from elite European Academies are invited, with the competition split into six groups of four.

The six group winners and the two best runners-up advance to the quarter-finals.

In the knockout stages, the ties are decided in one-off matches, with extra-time and then penalties required if the match is level after 90 minutes.

All matches are played in England.

Teams competing in the Premier League International Cup will be made up of Under-23 players, aside from a maximum of three outfield players and the goalkeeper.