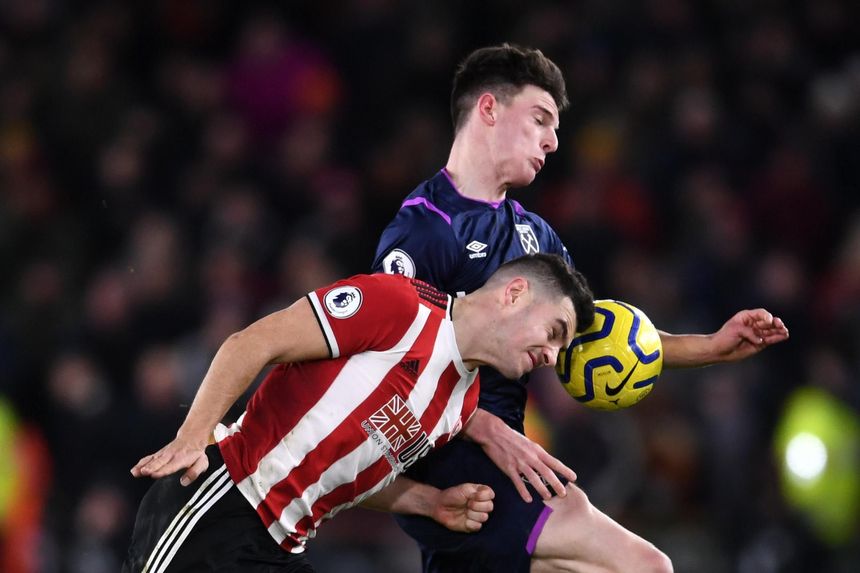 Former Premier League referee Chris Foy explains the weekend’s key decisions by match officials and the use of the Video Assistant Referee.

Incident: A West Ham United goal in stoppage time is overturned by VAR because of a handball against Declan Rice who supplied the pass from which Robert Snodgrass scored.

Foy’s view: To the letter of the law this was the correct decision and good use of VAR. Had the referee seen the handball, he would have disallowed the goal himself.

IFAB's handball law which was updated in the summer states that a player cannot score or assist a goal with their arm, even if accidental. There was no intent from Rice, and you can understand his frustration, but it was the right decision.

Incident: Pierre-Emerick Aubameyang is sent off for a challenge on Max Meyer.

Foy’s view: The on-field decision here was a yellow card and, from the referee’s position, you can understand why he couldn’t see the severity of the tackle. However, the VAR looked at the incident and determined that the point of contact and the intensity of the challenge had endangered the safety of the opponent and recommended upgrading the yellow card to a red card for serious foul play. For me, it’s definitely a red-card challenge.

Incident: Liverpool's Andy Robertson challenges Japhet Tanganga and catches the Spurs defender above the ankle but is not booked.

Foy’s view: This was slightly different to the Aubameyang incident in that both players were committed in going for the ball. Robertson slightly overruns the ball, but does get a touch on it before catching Tanganga. The referee played on, but I think this was a yellow-card challenge. The VAR can only intervene if he/she feels a red-card offence has been missed, and in my view and presumably that of the VAR, this wasn’t worthy of a red card.

Incident: Just before Liverpool's goal, there is a discrepancy over a throw-in. The ball hits both Serge Aurier and Sadio Mane next to the touchline, coming off the Liverpool player last, but Liverpool are awarded the throw-in.

Foy’s view: It’s a really tricky one for the referee or his assistant to spot with the naked eye, and they have made an honest call. But for a number of reasons VAR will not get involved. Firstly, the throw-in counts as a restart and it is from this point that the VAR will look out for any incidents leading to the goal, not from before. Furthermore, throw-ins are not one of the match-changing incidents that the VAR will look at. We don't want the VAR to be looking at every incident, or for the match to be "re-refereed" by them.