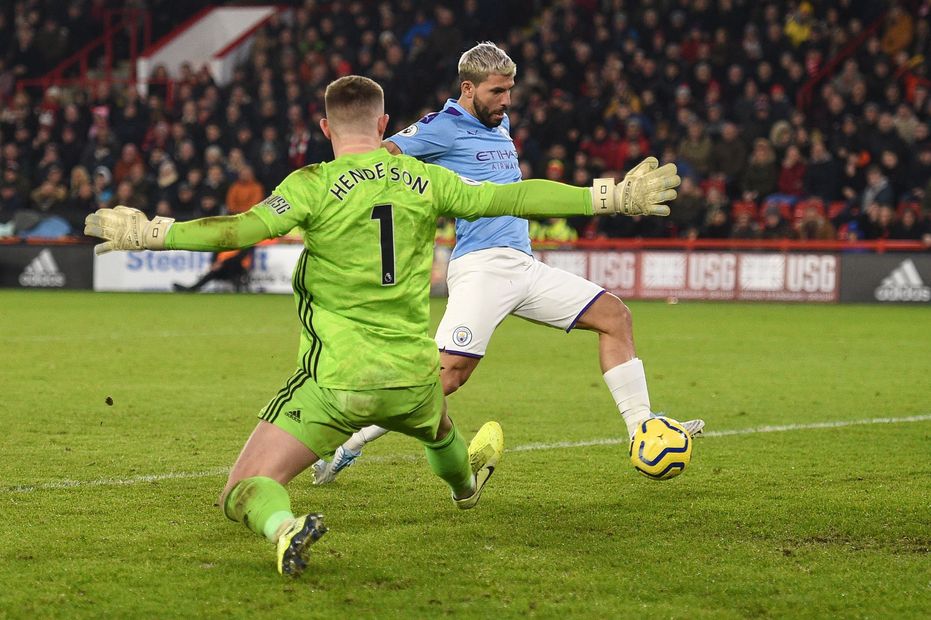 Sergio Aguero came off the bench to score his sixth goal in three matches as Manchester City beat Sheffield United 1-0.

Raheem Sterling was denied by a fine Dean Henderson stop before City were awarded a penalty as Chris Basham fouled Riyad Mahrez.

But Gabriel Jesus's spot-kick was saved by Henderson, diving to his right.

Sterling shot wide late on, but one goal was ultimately enough for the champions.