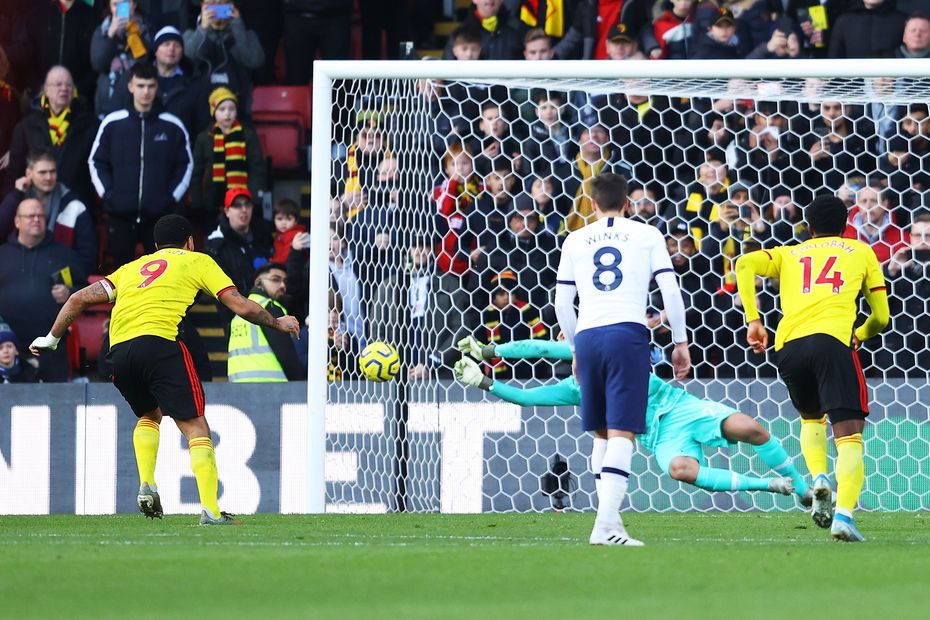 Goalkeeper Paulo Gazzaniga was the hero for Tottenham Hotspur as he saved Troy Deeney's penalty in a goalless draw with Watford.

Lucas Moura had the best chance of the first half for Spurs but his strike was kept out by Ben Foster.

Deeney had an opportunity to put the hosts ahead in the 70th minute after Jan Vertonghen was adjudged to have handled in the box, but Gazzaniga stopped his spot-kick.

Shortly after coming on as an 89th-minute substitute, Watford debutant Ignacio Pussetto cleared the ball 10mm from the goalline to help Watford stay 17th on 23 points.