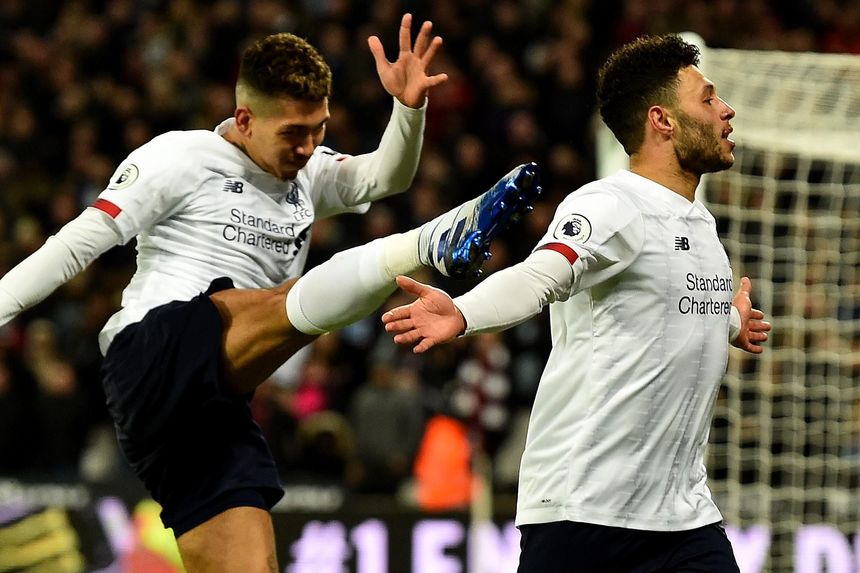 Andrew Robertson had an effort cleared off the line by Issa Diop before Salah put Liverpool in front after 35 minutes.

The Egyptian fired past Lukasz Fabianski from the penalty spot after Diop fouled Divock Origi.

Oxlade-Chamberlain doubled Liverpool's advantage in the 52nd minute, finishing a swift counter-attack after being played in by Salah's superb pass.

Declan Rice was denied by Alisson and Trent Alexander-Arnold hit his own post but West Ham were unable to find a breakthrough as Liverpool claimed a 15th consecutive victory.

A run of four matches without a win leaves the Hammers 17th with 23 points, clear of the bottom three on goal difference.