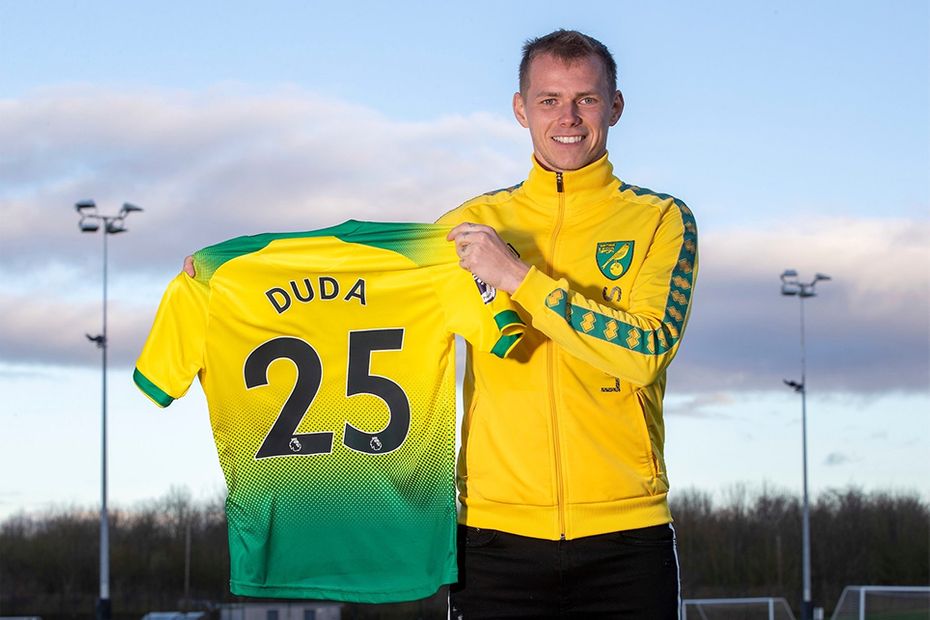 Norwich City have completed the loan signing of Ondrej Duda from Hertha Berlin until the end of the season.

The 25-year-old midfielder made 32 appearances in the Bundesliga last season, scoring 11 goals and providing six assists.

"I wanted to decide fast and right and I'm happy to be here," he told the club's official website.

"I'm going to do my best, but first of all, I need to get into match rhythm and we will see. I hope we are going to take some points, step-by-step. In the end, hopefully everyone will be happy."

The Slovakia international has five goals in 35 appearances for his country.

Duda is Norwich's first signing of the January transfer window and could make his debut in the home match against AFC Bournemouth on Saturday, 18 January.