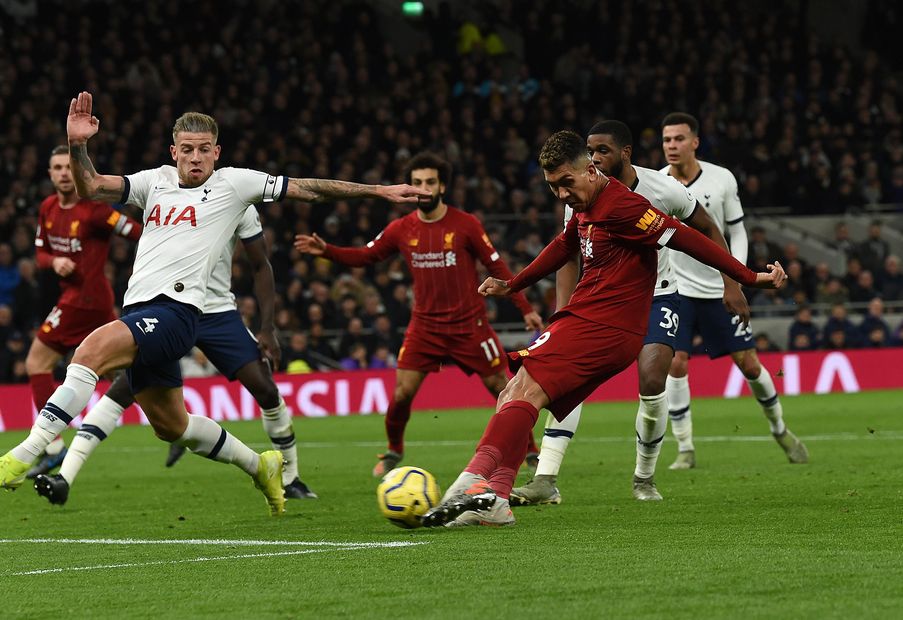 Owen: Liverpool will struggle to get any better

Roberto Firmino's first-half goal proved decisive as Liverpool earned a 1-0 away win at Tottenham Hotspur that gave them a record start to the season.

Virgil van Dijk also might have given Liverpool the lead, but headed straight at Paulo Gazzaniga.

Liverpool broke the deadlock on 37 minutes, Firmino latching on to Mohamed Salah's pass to finish neatly.

Spurs improved in the second half and might have levelled late on had Son not blazed over or substitute Giovani Lo Celso been able to steer Serge Aurier's cross past Alisson.

The Reds' 12th successive league victory takes them 16 points clear at the top on 61 and is the best-ever total after 21 matches of a top-flight season.

Spurs drop to eighth on 30 points.