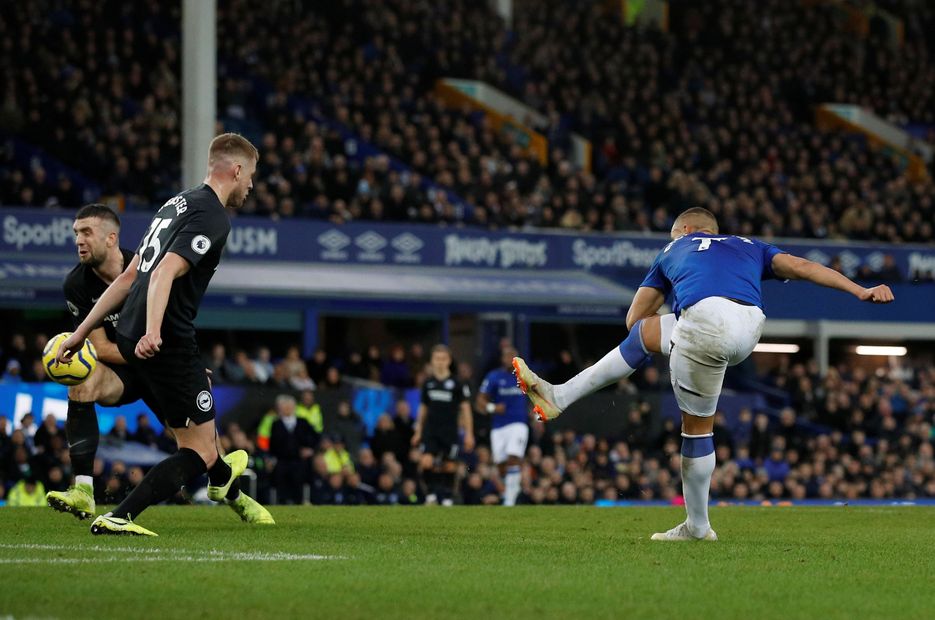 A brilliant goal from Richarlison secured a 1-0 victory for Everton over Brighton & Hove Albion at Goodison Park.

The decisive strike came in the 38th minute when Lucas Digne played in Richarlison, who skilfully jinked through the Brighton defence before curling beyond Mat Ryan.

The Seagulls improved in the second half and almost equalised on 53 minutes when Leandro Trossard crashed a shot against the crossbar.

Richarlison saw an effort well-blocked by Lewis Dunk, while Dominic Calvert-Lewin drew a superb save from Ryan as Everton increased the pressure.

Substitute Glenn Murray nearly levelled for Brighton late on but narrowly missed the target as Everton held on to stay 11th on 28 points.