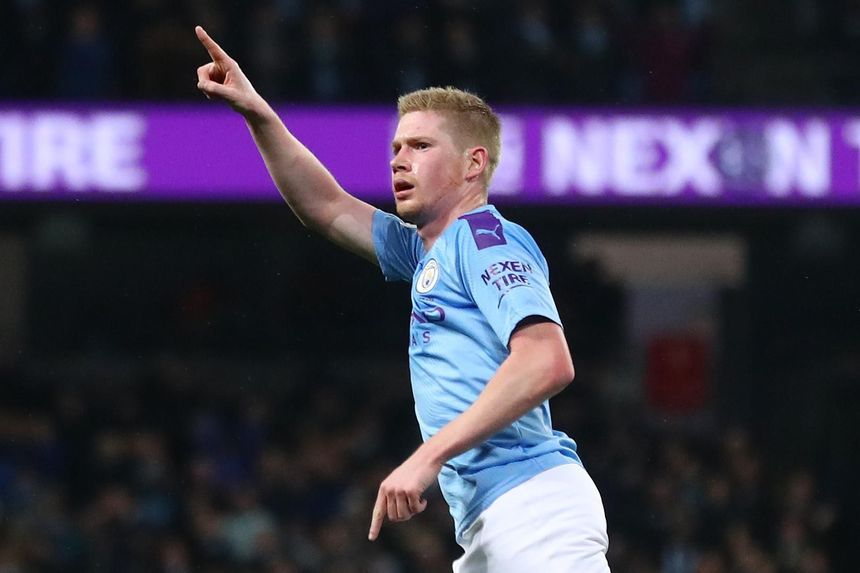 The home displays of Kevin De Bruyne (£10.5m) mean managers in Fantasy Premier League have a tempting alternative to Jamie Vardy (£10.1m) for the Gameweek 21 captaincy.

The Manchester City playmaker has averaged 8.3 points when playing at Etihad Stadium this season.

Indeed, four of De Bruyne's six double-figure hauls have come at home ahead of a visit from Everton.

Faith in Vardy to be rewarded?

But Leicester City's Vardy has been the most-selected captain in each of the last eight Gameweeks.

His 51.5 per cent ownership was left disappointed after he did not feature against West Ham United at the weekend.

But he is expected to return to the Foxes' line-up at Newcastle United.

Vardy had a successful last meeting with the Magpies, scoring twice to earn 12 points in Gameweek 7.

Both have produced double-figure returns in two of their last four appearances.

Mane has been the more consistent of the pair recently, with attacking returns in eight of his last nine outings.

Yet Salah has boasted the greater goal threat. His 18 shots and 15 shots in the box in his last four matches are both league-leading figures.

A trio of in-form forwards provide further options for the armband.

Tottenham Hotspur’s Kane visits a Southampton side with one clean sheet in 15 attempts.

They have each scored five goals and supplied one assist over the last seven Gameweeks.

Anthony Martial (£7.9m) is another form option for the Red Devils.

Playing up front, the Frenchman has three goals and 23 points in his last two matches.

Holly Shand (@FFCommunity_): Vardy has fresh legs and a new baby to celebrate. He delivered in the reverse fixture, which Leicester won 5-0, so it's an easy decision.

Paul Gee (@FPLPaulGee): I like Liverpool and Man City’s fixtures. It's between De Bruyne, Salah and Mane.

Sam Bonfield (@FPLFamily): Having had a rest, Vardy looks like a great captain option this week. But Spurs away at Southampton also look excellent - both Dele Alli (£8.9m) or Kane could return big.

Lee Bonfield (@FPLFamily): While others will go for the well-rested Leicester assets, I'll opt for the consistent Raul Jimenez (£7.5m), who only played 18 minutes against Liverpool. Watford have looked better recently, but Wolverhampton Wanderers rarely blank and were unlucky not to take a point at Anfield.

Ben Crabtree (@FC_CrabDogg): I can see a rocking baby celebration by Vardy. I think I'll give it to him.

Neal Thurman (@nealjthurman): Perhaps I'm too depressed about the state of my Gunners but Rashford seems to have the right match-up and I wouldn't object to Martial getting the vice-captaincy.

Ben McNair (@drbenmcnair): Vardy looks a great option having been rested. Liverpool's schedule has been slightly kinder than most over Christmas and New Year, but I still worry one of Salah or Mane will only see minutes as a substitute this Gameweek.