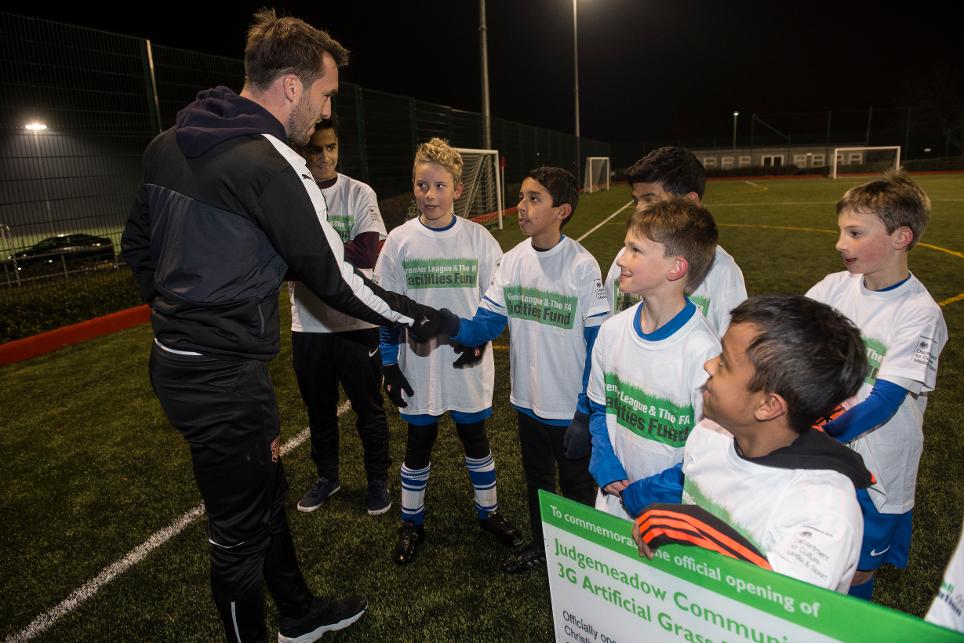 Community football in Leicestershire has received a further boost with the opening of a new facility made possible by the Premier League & The FA Facilities Fund.

A grant of £90,394 has helped build a 3G floodlit pitch at Judgemeadow Community College, in Leicester, which will be used by the school and the wider community.

Grassroots clubs including Stoneygate Lions FC will benefit from the facility, which will be used all year, while Leicester City's charitable arm, the LCFC Community Trust, will use the pitch for Premier League Kicks, the PL's flagship community programme.

In all, sports participation in the local area is expected to increase by 37%.

"Due to the incredible demand in our community we have added a brand new 3G pitch to our existing full size 3G which will allow more teams from our partner clubs and various local groups to access the site," said Sam McMahon, Judgemeadow Community College's football development officer.

"We have people of all genders, races and ages, from two to 70-year-olds, and walking footballers taking part in healthy, active pastimes, with over 2,000 people using the facility every week."

"I'm really proud that my club are going to make use of the pitch because that is what football should be about, the professional teams at the top helping the grassroots teams at the bottom," he said.