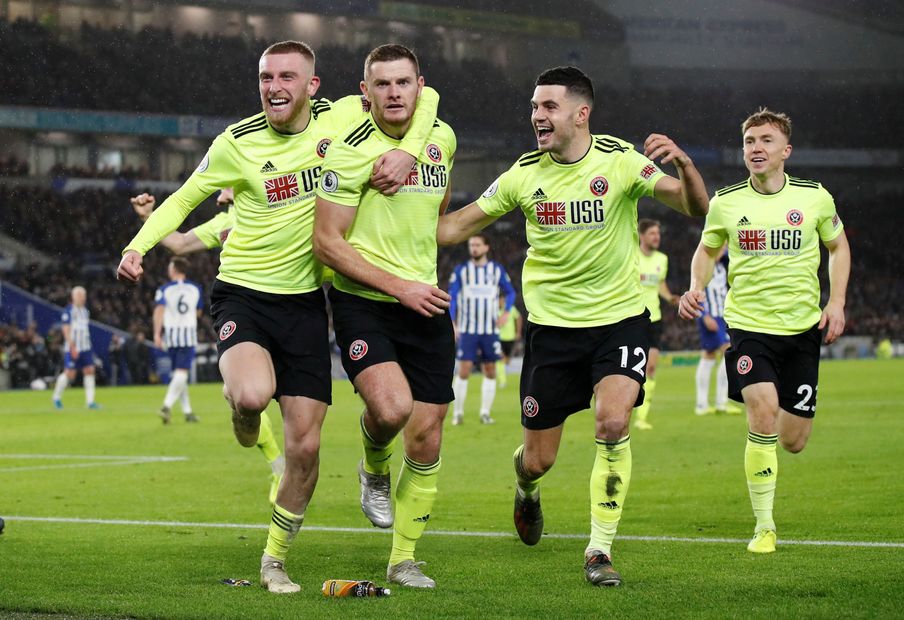 Oliver McBurnie's winner at Brighton gave Sheffield United a notable victory, plus the rest of the key numbers

Budweiser Kings of the Match: Matchweek 18

With their victory at Brighton & Hove Albion on Saturday, Sheffield United achieved a feat they last managed back in 1993.

For more on this and all the must-know facts for Matchweek 18, read on. To see the reports and key data for the matches, click on the fixtures.

This was Arsenal's first goalless draw in 77 Premier League matches, since a stalemate at West Ham United in December 2017.

Southampton's last 16 Premier League goals have all been scored by English players, excluding own goals. It is the longest such run in the competition since QPR's 17 goals between March 1996 and September 2011.

Burnley's Jay Rodriguez has scored four Premier League goals against AFC Bournemouth, more than he has managed against any other side in the competition.

Sheffield United have won three consecutive Premier League matches for the first time since winning four in succession under Dave Bassett between May and August 1993.

Newcastle United's Miguel Almiron scored his first Premier League goal in his 27th appearance in the competition, ending a run of 2,190 minutes and 46 shots without scoring.

Raul Jimenez has been directly involved in 12 goals for Wolverhampton Wanderers in the league this season, with seven strikes and five assists, double that of any team-mate.

Riyad Mahrez's leveller for Manchester City was the 500th Premier League goal scored this season. It is the earliest date the milestone has been reached in a campaign since 2009/10.

In the Premier League, Troy Deeney has scored a penalty for Watford against Manchester United at Vicarage Road in four of the last five seasons.

Jose Mourinho suffered his first home defeat to a team he had previously managed, having gone unbeaten in the previous 13 across all competitions, winning all but one.