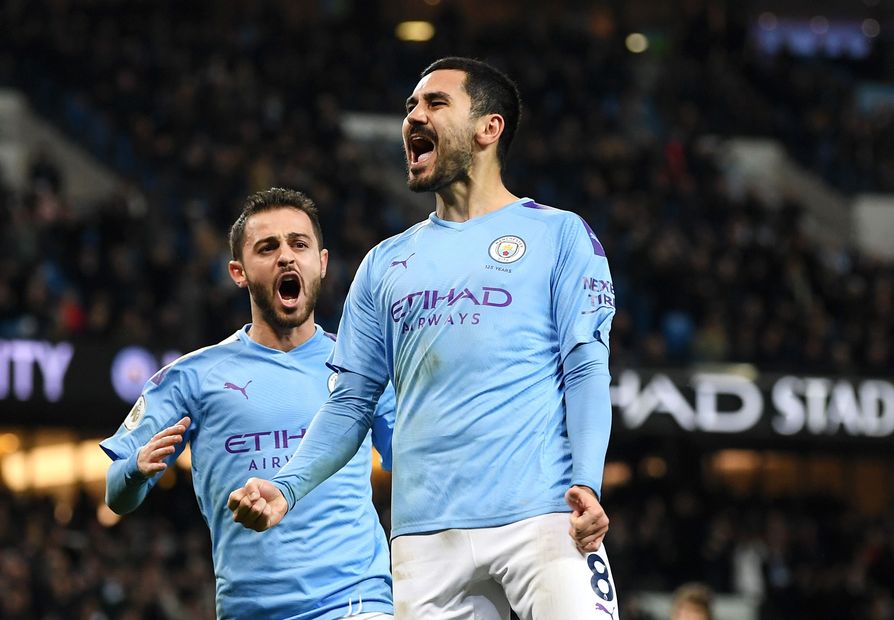 Mahrez, Gundogan and Jesus cancel out Vardy's opener in 3-1 win to move within one point of the second-placed Foxes

Manchester City came from behind to earn a 3-1 victory against Leicester City at the Etihad Stadium and move to within a point of the second-placed Foxes.

Kevin De Bruyne struck a post as the hosts started strongly, but it was the Foxes who took the lead midway through the first half.

Eight minutes later, former Leicester winger Riyad Mahrez cut inside from the right and levelled with a deflected strike past goalkeeper Kasper Schmeichel.

Two minutes before half-time, Ilkay Gundogan converted a penalty after Raheem Sterling had been fouled by Ricardo Pereira.

In the second half Barnes failed to convert a brilliant Vardy delivery and soon afterwards De Bruyne superbly teed up Gabriel Jesus to secure the win on 69 minutes.

Man City stay third and move up to 38 points, 11 behind leaders Liverpool, who have a match in hand.