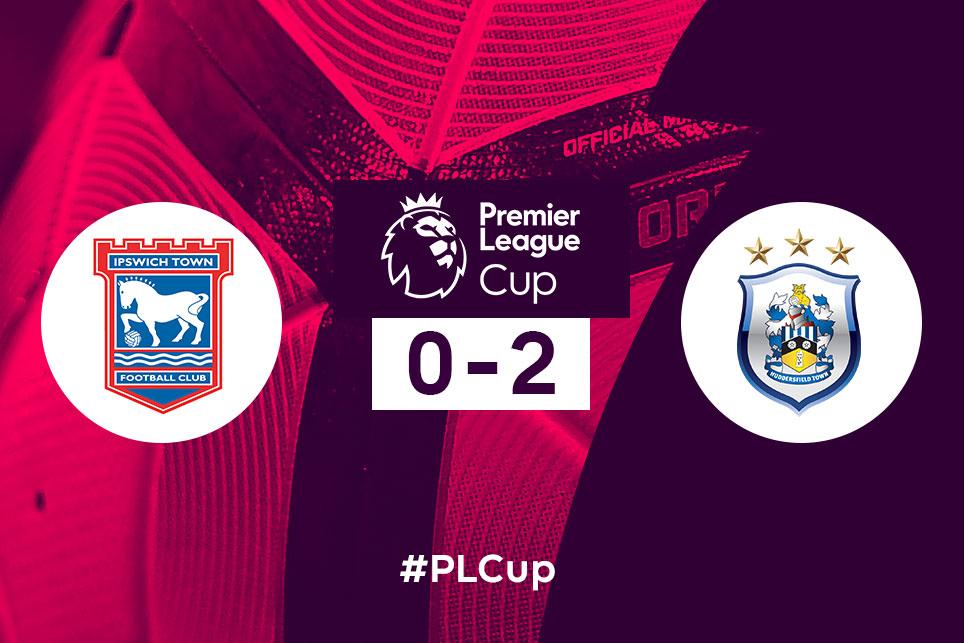 Two stunning goals helped Huddersfield Town move off the bottom of Group G in the Premier League Cup with a 2-0 victory at Ipswich Town.

The Terriers took the lead just before half-time at Portman Road when Jack Boyle rattled a 25-yard strike in off the crossbar.

Jonny Williams, on loan from Crystal Palace, went close for the Tractor Boys, but the match was wrapped up in the 89th minute when Huddersfield's Lewis O'Brien hit a thunderous effort past Dean Gerken from a tight angle.

The result means Huddersfield and Ipswich are locked on three points along with second-placed West Bromwich Albion, who travel to leaders Liverpool later this evening.