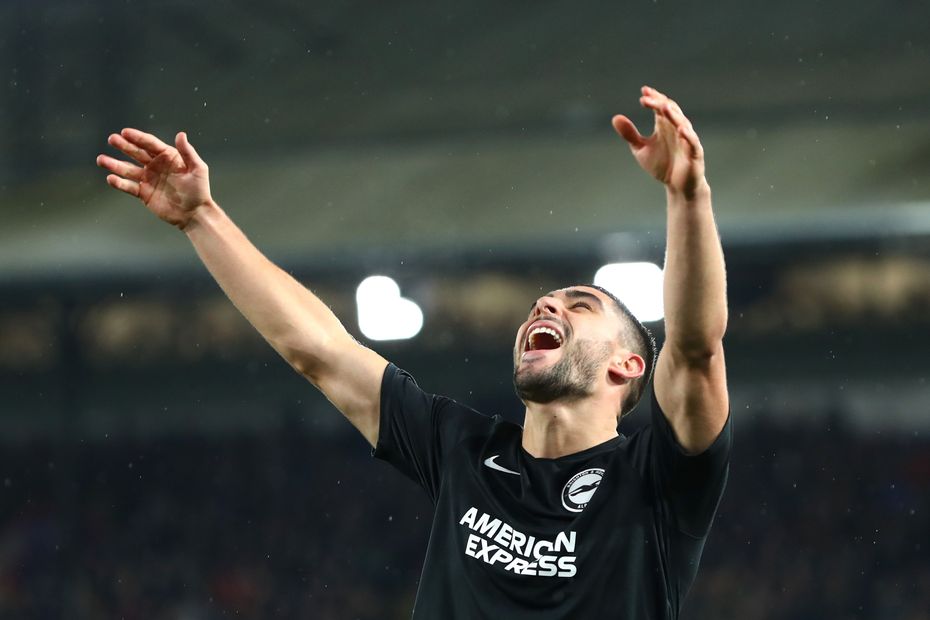 Brighton's in-form striker equalled a scoring streak by his team-mate as the Seagulls drew 1-1 at Crystal Palace, plus the rest of the key numbers

Potter praises his impressive side

Dan the man as Cherries storm the Bridge External Link

Neal Maupay continued his impressive recent form with a goal in Brighton & Hove Albion's 1-1 draw at Crystal Palace, and in doing so matched a club-record scoring streak set by team-mate Glenn Murray.

For more on this and all the must-know facts for Matchweek 17, read on. To see the reports and key data for the matches, click on the fixtures.

Mohamed Salah has eight league goals versus Watford, more than he has against any other team in the big five European leagues.

Burnley stopped an opponent from registering a single shot on target for the first time in what was their 207th Premier League match.

Since their promotion in 2015, no side have won more Premier League matches away to Chelsea than AFC Bournemouth, with three, level with Liverpool.

Since the start of last season, Teemu Pukki has scored 38 league goals, more than any other player in England's top four tiers, excluding playoffs.

West Ham United have won 17 Premier League matches against Southampton, more than against any other side. Only their seven Premier League victories at Fulham outnumber their five against Saints.

At 18 years and 75 days old, Mason Greenwood is the youngest Manchester United scorer at Old Trafford in the Premier League since Federico Macheda, who was 17 years and 226 days when he scored against Aston Villa.

Since a 3-1 defeat as Chelsea manager in October 2015, Jose Mourinho has not lost any of his last 54 Premier League matches when his side has scored the opening goal, winning 48 and drawing six.

Kevin De Bruyne has been directly involved in 19 goals in the Premier League in 2019, with seven goals and 12 assists, more than any other midfielder in this period.

Neal Maupay is only the second player to score for Brighton in three consecutive Premier League matches, after Glenn Murray in November 2017.