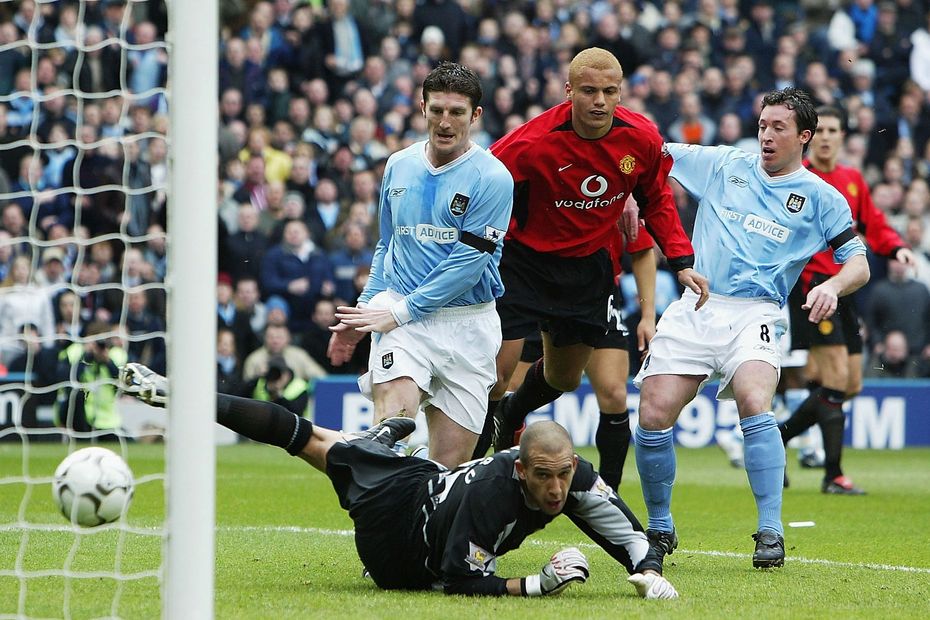 Relive Man City's 4-1 victory in the first meeting between the neighbours at Etihad Stadium, plus four other memorable meetings of Saturday's sides

Manchester City host Manchester United this weekend, and the home fans will be hoping for a repeat of the first ever derby meeting at Etihad Stadium in March 2004.

Robbie Fowler and Trevor Sinclair were also on target for Kevin Keegan's side, while Shaun Wright-Phillips' powerful shot in off the crossbar wrapped up a 4-1 victory.

This is one of five memorable moments to whet your appetite ahead of Saturday's 17:30 GMT kick-off, along with Michael Owen's winner for Man Utd in the 4-3 thriller in 2009/10.