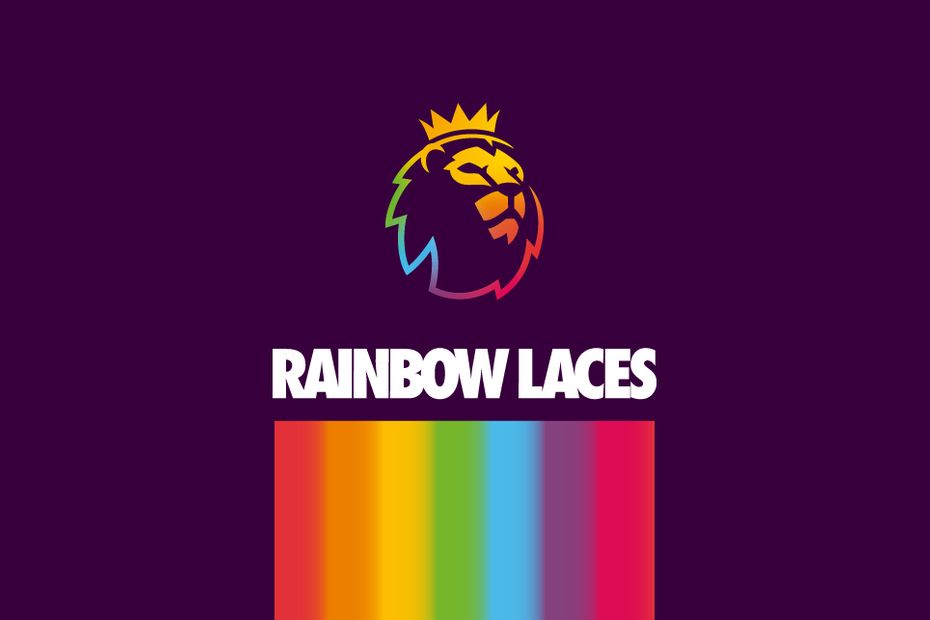 The Premier League and our clubs are supporting Stonewall's Rainbow Laces campaign, as we continue to celebrate LGBT inclusion and make it clear that football is for everyone.

The campaign will be highlighted over two match rounds, from Tuesday 3 December to Monday 9 December.

No place for discrimination

Rainbow-coloured captain's armbands and laces will also be available for players.

Clubs will showcase the wide-ranging work they do to support and celebrate their LGBT communities, showing there is no place for discrimination and demonstrating the power football has to bring people together.

"I'm extremely proud of the work we have been doing in partnership with Stonewall," Premier League Interim Chief Executive Richard Masters said.

"Supporting their Rainbow Laces campaign is a demonstration of our commitment to LGBT inclusion in football.

"We and our clubs are working to promote inclusion both on and off the pitch, from club staff, to participants across our community programmes, to fans in our grounds. This is everyone's game."

As part of its three-year partnership with Stonewall, the Premier League is promoting positive attitudes towards LGBT people as it strives to improve equality and diversity throughout the game and within its organisation.

The League is also committed to increasing the confidence and knowledge of player care professionals in supporting LGBT inclusion across the professional game.

The Premier League also works in conjunction with our clubs and external organisations, including the Police and Crown Prosecution Service, to improve fan behaviour in stadiums and encourage reporting of discriminatory abuse.

"The Premier League continue to lead the way with their commitment to making football inclusive and welcoming," Robbie de Santos, director of sport at Stonewall, said. "The visible support from the Premier League for Rainbow Laces is a huge part of the change in attitudes we’re seeing.

"Our work together is about long-term change to build acceptance and support for LGBT people in football and make sport everyone's game."

The Premier League is part of TeamPride, a consortium of organisations committed to making sport everyone's game.