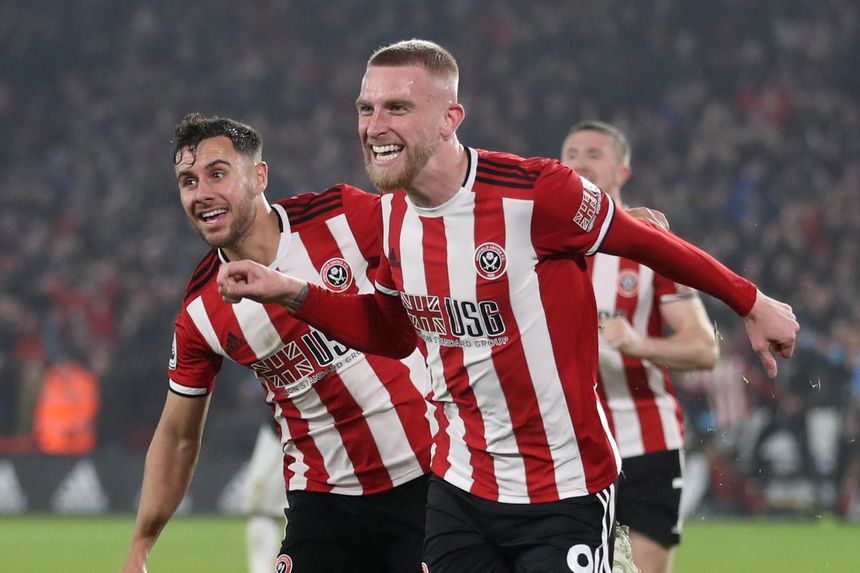 Sheffield United claim a 3-3 draw against Man Utd, who had fought back from going two goals down

The Blades dominated the first half and after forcing two good saves from David De Gea, they led 2-0 through John Fleck and a superb finish from Lys Mousset.

But Man Utd responded and took the lead with three goals in seven second-half minutes.

Brandon Williams pulled a goal back with a fine half-volley before substitute Mason Greenwood slid in Marcus Rashford's cross. They were the first Premier League goals for both players.

Rashford scored United's third with 11 minutes to go but substitute McBurnie had the final say late on when he finished from close range.

Sheffield United are sixth on 18 points with Manchester United in ninth.