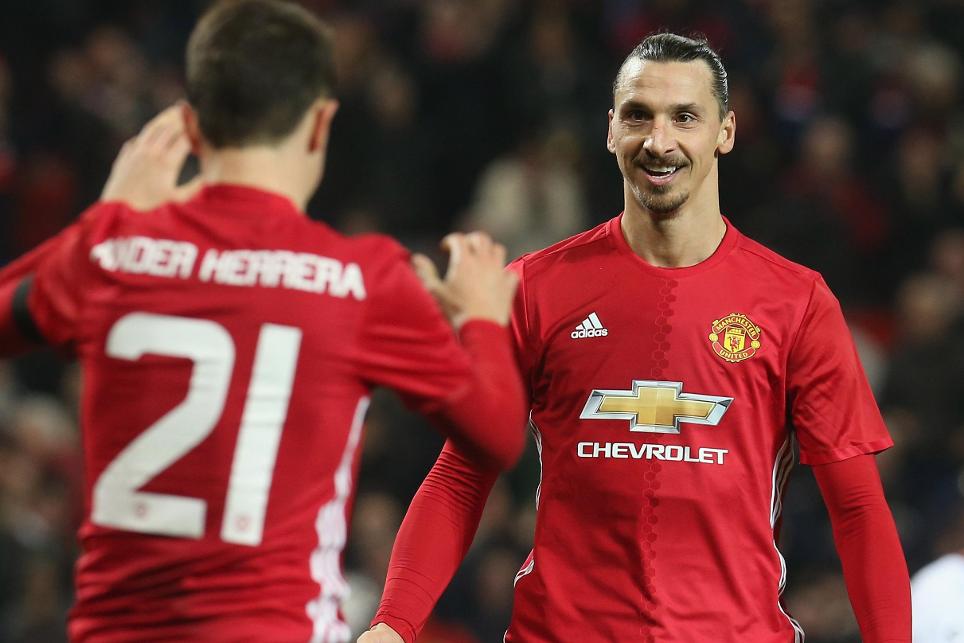 Zlatan Ibrahimovic’s (£11.1m) stock as a Fantasy Premier League asset is on the rise after his two goals fired Manchester United into the EFL Cup semi-finals.

With the two most popular forwards in FPL - Sergio Aguero (£13.1m) and Diego Costa (£10.6m) - set to go head-to-head at the Etihad Stadium this weekend, the in-form Ibrahimovic has strengthened his claim as a captaincy contender for Gameweek 14.

The Swede has registered five goals in as many matches in all competitions and now faces an Everton defence that has kept only one clean sheet in the last nine Gameweeks.

The duo could be in line for starting roles at Goodison Park on Sunday, as Wayne Rooney (£8.6m) will serve a one-match ban against his former club after earning a fifth yellow card of the season.

Both Michail Antonio (£6.8m) and Aaron Cresswell (£5.3m) were forced off at Old Trafford ahead of a Gameweek 14 visit from Arsenal.

Jose Mourinho’s side have now clinched a place against Hull City in the last four of the EFL Cup, with the first leg due to take place prior to a Gameweek 21 visit from Liverpool.

Southampton are also through to the last four after defeating Arsenal 2-0 at Emirates Stadium.

Southampton will face Liverpool in the semi-finals, with the first leg taking place before a Gameweek 21 trip to Burnley.

Saints and Manchester United are now the only two teams involved in four competitions, suggesting rotation could come into play over those domestic cup fixtures.

Despite the absence of Olivier Giroud (£8.9m) due to a groin injury, Arsene Wenger opted to rest a number of key attackers in Wednesday's loss.

Theo Walcott (£7.9m) and Alexis Sanchez (£11.4m), two of the top-four transferred in midfielders this Gameweek, were omitted from the squad along with Mesut Ozil (£9.6m).

All three would seem to be assured starters at West Ham United in Gameweek 14.