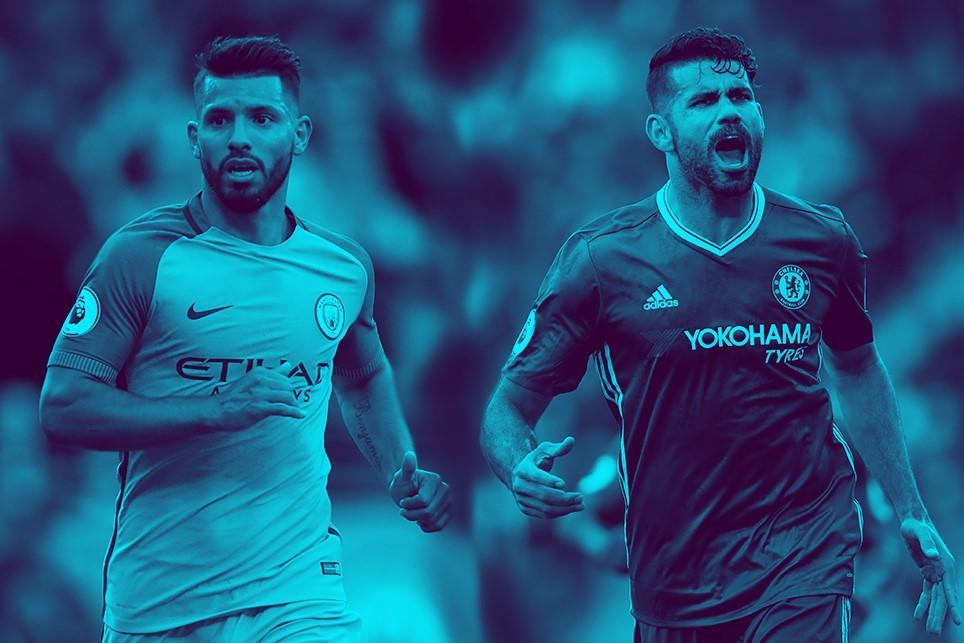 Premier League's leading scorers go head to head when Man City face Chelsea. We look at how they match up

All eyes will be on the Premier League's leading strikers on Saturday when Chelsea visit Manchester City.

Sergio Aguero and Diego Costa head the race for the Golden Boot this season with 10 goals each and both will be eager to add to their tallies at the Etihad Stadium in the day's 12.30pm GMT kick-off.

Looking at their time in the Premier League, Aguero leads with 112 goals for City in 142 matches, a goals-per-match ratio of 78.9%.

Costa's 42 goals in 64 PL matches represents a ratio of 64.6%, which is the best for a Chelsea player in the Premier League with more than 20 goals.

Three of his strikes, however, have come from the spot, a source of goals which Costa does not enjoy at Chelsea.

With a goal scored from every three attempts this term Costa's shot-conversion rate is significantly higher than Aguero's, who is closer to a return of one in four.

Costa boasts a strong record away from home this season, with six goals on the road.

Unfortunately for City, where Matchweek 14 is concerned, Aguero is also better on the road, scoring just two of his 10 PL goals at the Etihad this season.

But Aguero has a beter record against Saturday's opponents, scoring six times in nine matches against Chelsea.

By contrast, Costa is still looking for his first goal goal against City at his fourth attempt.