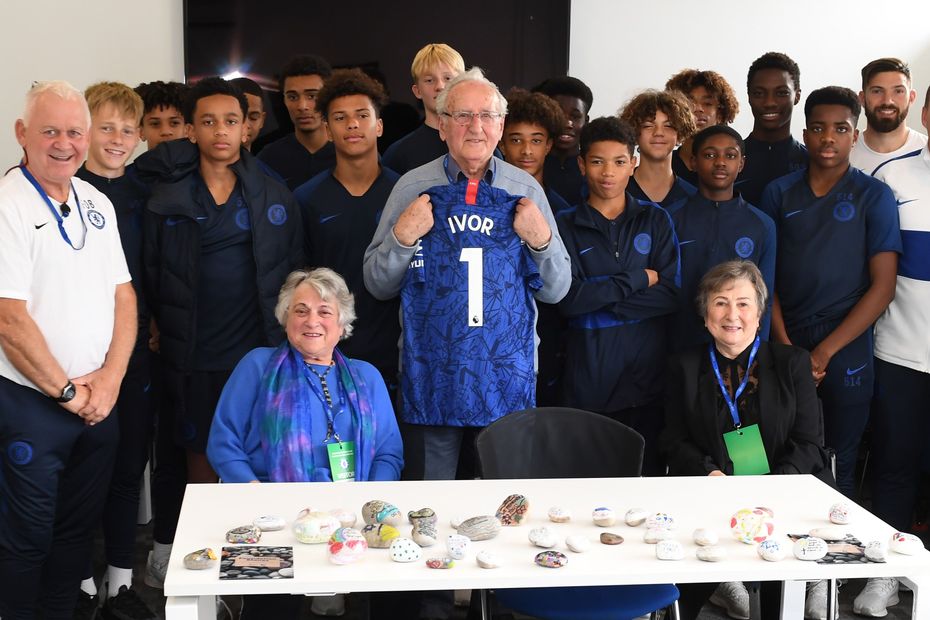 Academy players at Chelsea and Manchester United heard first-hand about the horrors of the Holocaust as survivors visited them and shared their stories.

Ivor Perl went to Chelsea's Cobham training academy and told them about how, at the age of 12, he was taken to a concentration camp and was one of only two survivors from his family of nine.

Perl stressed to Chelsea's Under-15s the importance of showing love, not hate, towards one another.

"Football is such an exposed sport, and you can have an awful lot of say in your life," Perl told Chelsea's official website.

"All of you know what hate can do, and I've proven to myself many times that love will get you a lot further than hate."

The visit also supported Chelsea's "Say No to Antisemitism" campaign, which raises awareness and educates the club's players, staff and fans about prejudice against Jewish people in football and wider society.

Perl's visit came before Chelsea's Under-15s visited the Auschwitz concentration camp as part of the Premier League's educational visit to Poland after they had won the League's Under-14 International Tournament last season.

Webber was born in Lwow, Poland, in 1932 and was forced to live in a ghetto with her family before spending the end of the Second World War in hiding.

"The event forms part of our enrichment programme which aims to expose our young players to a variety of different education projects to broaden their horizons."

The two visits form part of the work the Holocaust Educational Trust and the Premier League are doing with clubs to educate about the Holocaust and the lessons to be learned for today, with survivors speaking to clubs and academies across the country.

They come ahead of Holocaust Memorial Day on 27 January 2020.