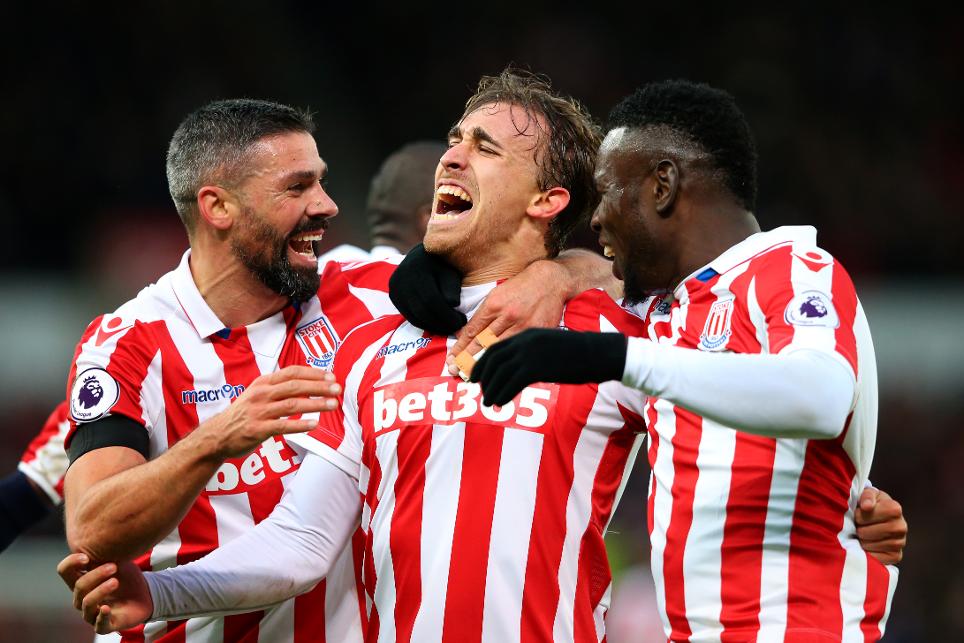 Stoke City made it five wins in their last seven matches with a 2-0 victory over Burnley at the bet365 Stadium.

The hosts almost took an early lead when Bruno Martins Indi’s header hit a post, but were in front after 20 minutes thanks to Jon Walters’ first goal of 2016/17.

Walters looped a deft finish over Paul Robinson after a piece of skill and cross from Mame Biram Diouf on the right.

Marc Muniesa’s first career Premier League goal on his 50th appearance made it 2-0 before half-time.

Burnley, who have just a point away from home, could not find a way past Lee Grant, who denied Andre Gray late on.