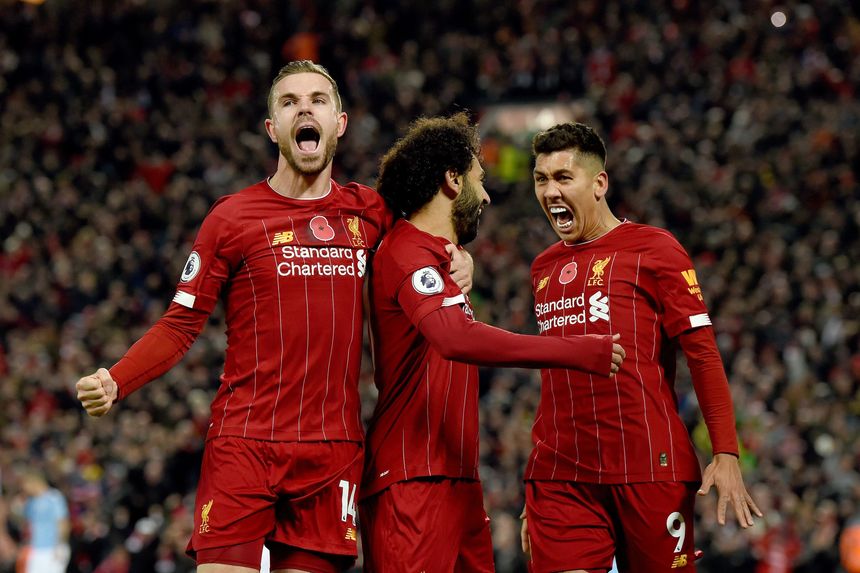 Goals from Fabinho, Salah and Mane set up 3-1 win for the leaders against the champions at Anfield

Liverpool moved eight points clear at the top of the Premier League and nine above Manchester City with a thrilling 3-1 victory over the reigning champions.

Fabinho put the leaders in front after six minutes at Anfield with a ferocious, low shot into the bottom-left corner from 25 yards out.

And the Reds made it 3-0 on 51 minutes when goalkeeper Claudio Bravo, starting in the place of the injured Ederson, was unable to be keep out Sadio Mane’s header from Jordan Henderson’s pinpoint cross.

Bernardo Silva pulled a goal back in the 78th minute, with his low strike beating Alisson at the near post, but Man City could not get any closer.

Now 29 matches unbeaten in the Premier League, Liverpool have 34 points from 12 matches.

Man City are fourth on 25 points, one behind Leicester City and their Matchweek 13 opponents Chelsea.