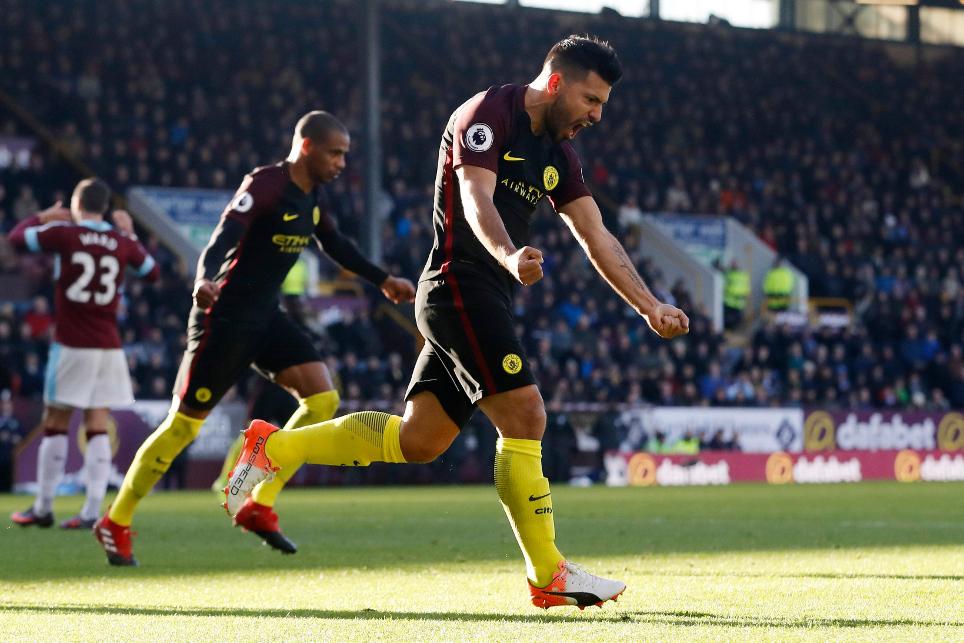 Sergio Aguero's (£13.1m) fourth brace away from home this season ensured that he topped the Bonus Points System (BPS) in Manchester City's 2-1 win over Burnley.

Aguero tallied 47 in the BPS, claiming the three points and making him Fantasy Premier League's top bonus points earner of 2016/17, with 16.

His BPS score at Turf Moor was made up largely of his goals, team-mates Nicolas Otamendi (£5.9m) and Fernando (£4.7m) also collected bonus points thanks to their defensive efforts.

Otamendi earned 29 in the BPS to claim two points, having contributed 20 clearances, blocks and interceptions (CBI) - the highest total in Gameweek 13.

Fernando provided 10 CBIs and nine recoveries and won five tackles to produce a BPS total of 28, collecting a first bonus point of the season.

Aguero's second-highest ICT Index score of the campaign (21.1) topped the ranks in this match.

The Argentinian's 127 Threat score was the highest of Gameweek 13, made up of seven attempts on goal and four within the Burnley penalty area.

Notably, Aguero is now averaging five shots per appearance, with 3.8 shots from inside the box - an increase on his per-match averages from last season of four and 3.2 respectively.

The centre-back was a menace at set-pieces, registering a Threat score of 97 via three attempts on goal, all from inside the City penalty area.

Keane has now scored 201 for Threat over the season, a total bettered only by Stoke City's Ryan Shawcross (£4.9m and 241) among FPL defenders.

Aguero had been sold by more than 139,000 managers heading into Saturday's FPL deadline.

Raised as a fitness concern by Pep Guardiola prior to kick-off, the striker also failed to score in Gameweek 12 at Crystal Palace, having been backed by 29% with the captain's armband.

For Gameweek 13, Aguero remained the top captain pick, although only 21% of FPL managers opted for him.

They were rewarded with a 12-point return, his fourth double-figure haul of the season - all of which have arrived away from home.

He has also been reinstated as the top-owned FPL asset, found in 43.9% of squads.

With Raheem Sterling (£7.9m) now returning blanks in his last seven appearances, interest in Man City is largely limited to Aguero as they prepare for a Gameweek 14 clash with leaders Chelsea.

For Burnley, 15.1% of FPL managers were disappointed to see Tom Heaton (£4.8m) miss out with a calf complaint, as Paul Robinson (£4.0m) started in goal.