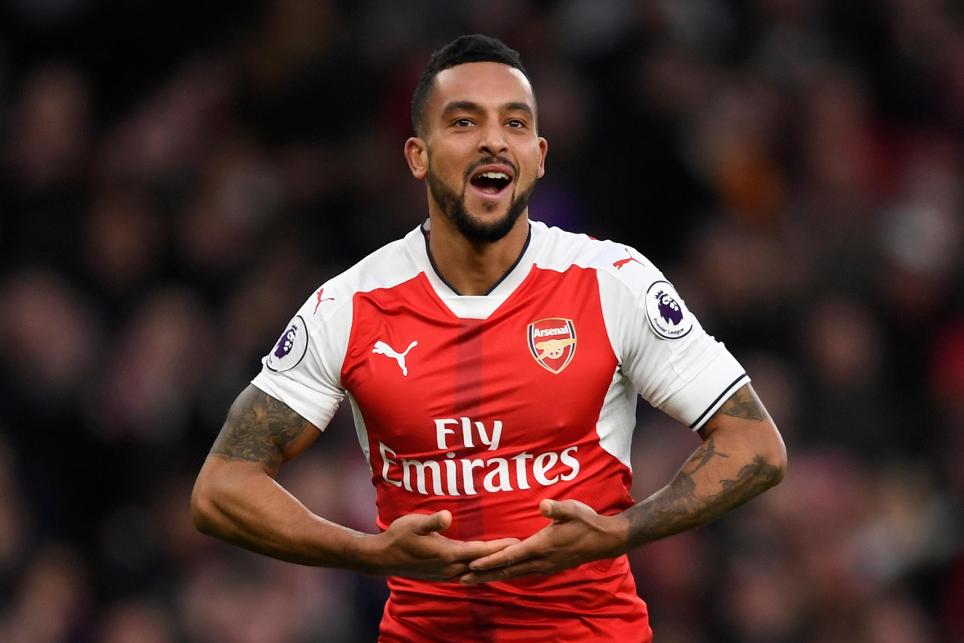 Walcott: I'm the happiest person in the world External Link

'Now I go home to my dogs happy!' External Link

With his goal to help Arsenal earn a long-awaited win coming just two days after becoming a father for the first time, Theo Walcott said he was "probably the happiest person in the world".

Walcott headed in Nacho Monreal's cross to put his side 2-1 up against AFC Bournemouth after Callum Wilson's penalty had cancelled out Alexis Sanchez’s opening goal, and the Englishman admitted the goal had crowned a special 48 hours for him.

"I’m probably the happiest person in the world," said Walcott after revealing the arrival of baby Arlo in the early hours of Friday. "Now with the team back to winning ways, it's a perfect weekend."

Walcott’s goal, which was complemented by a second Sanchez strike in added time, was his sixth Premier League strike of the season, giving him his best return in the competition since 2012/13, when he scored 14 goals.

It helped the Gunners complete a 3-1 win, ending a run of three successive draws, and ensured they remained within three points of leaders Chelsea.