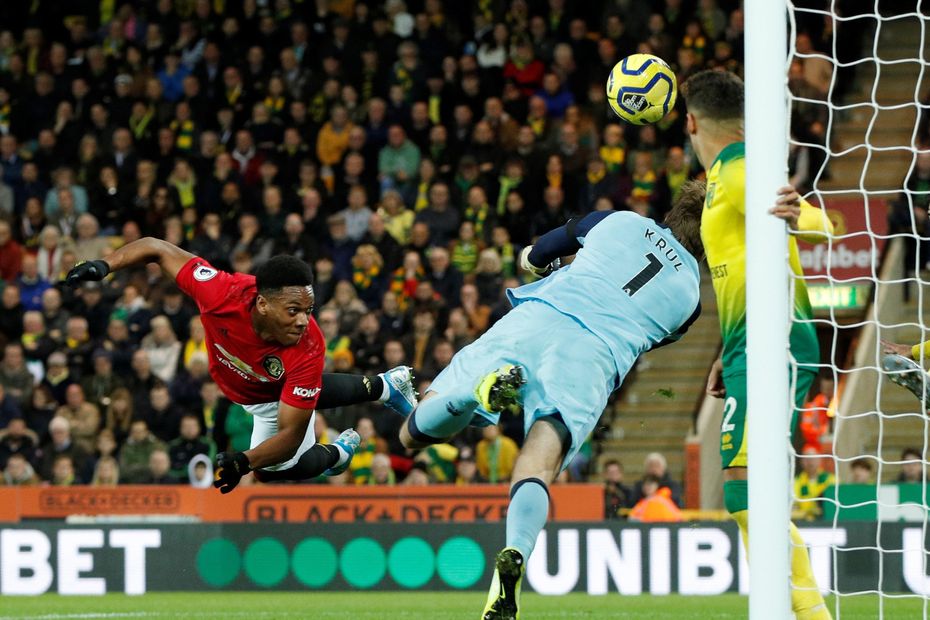 The return of Anthony Martial (£7.5m) as a centre-forward for Manchester United has given Fantasy Premier League managers a strong option for their midfields.

The Frenchman made his first start since Gameweek 3 for the Red Devils' trip to Norwich City on Sunday afternoon.

He atoned for a penalty miss by scoring the visitors' final goal in the 3-1 victory.

It was the first time since Gameweek 1 that Ole Gunnar Solskjaer’s side scored more than a single goal in a Premier League fixture.

And Martial has now produced attacking returns in all four of his Gameweek starts this season.

After a spell on the sidelines with a hamstring injury, Martial returned to the starting line-up for the Red Devils’ UEFA Europa League trip to Partizan Belgrade on Thursday.

His impact was immediate as he converted a spot-kick to earn his side a 1-0 victory.

Notably, Martial has been fielded as the lone striker in both of his matches in the last week, highlighting his appeal as an out-of-position prospect in FPL.

The underlying statistics at Carrow Road highlight his goal threat.

His total of four big chances was more than any other player in Gameweek 10.

Man Utd's schedule strengthens the appeal of investing in their key attackers.

According to the Fixture Difficulty Ratings (FDR), six of their next nine matches score just two.

Both Marcus Rashford (£8.4m) and Daniel James (£6.1m) picked up points against the Canaries and can also profit over this favourable upcoming period.

But it is Martial's role up front that marks him out as the standout option in the Red Devils' attack.