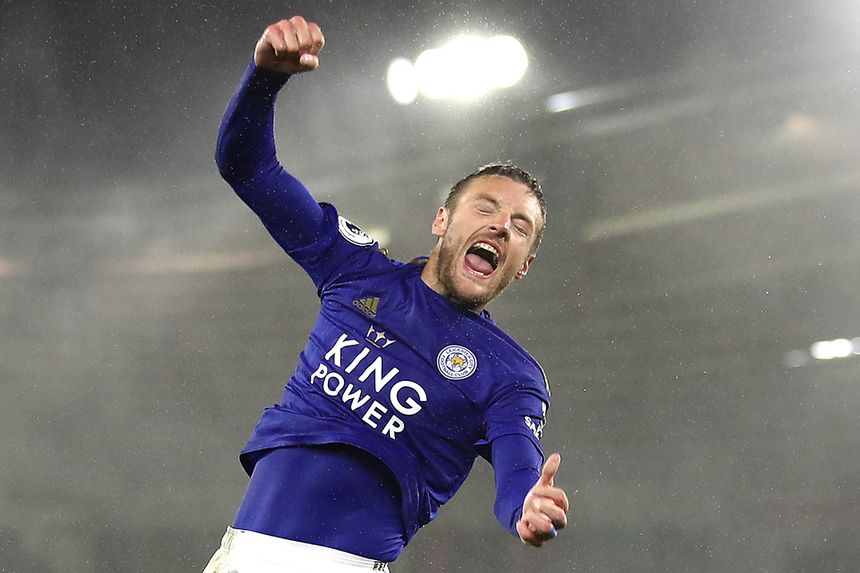 FPL managers are turning to Leicester's in-form forward in their droves and selling the likes of Sergio Aguero, says The Scout

Managers in Fantasy Premier League are flocking to Jamie Vardy (£9.2m) after his hat-trick and assist against Southampton.

The Leicester City striker is the most-bought player in the Gameweek, earning over 320,000 new owners for his trip to Crystal Palace.

Vardy’s 20-point haul at St Mary’s Stadium on Friday evening means he is now the top-scoring player in FPL on 74 points.

Indeed, he is 12 points ahead of his nearest rival among forwards, Sergio Aguero (£12.1m).

Watch all of Leicester's goals at Southampton

The Manchester City striker’s appeal is now in decline after he was benched in a home match for the first time this season.

Aguero has been sold by over 149,000 managers as a result of his 14-minute appearance against Aston Villa.

He has started just one of the last four Gameweeks and is facing increased competition from Gabriel Jesus (£9.5m).

The Gabon international was moved on to the flank for Arsenal's home draw against Crystal Palace and blanked for the third successive Gameweek.

Having produced attacking returns in each of the first seven Gameweeks, Wilson has drawn blanks in the last three for AFC Bournemouth.

The drop in form among these forwards is in stark contrast to the success of Vardy, who has scored six of his nine goals in the last four Gameweeks.

According to the Fixture Difficulty Ratings (FDR), six of Leicester’s next seven opponents score just two.

Such a schedule marks Vardy out as an irresistible pick in FPL over the coming Gameweeks.

Holly Shand (@FFCommunity_): Vardy is my main transfer target this week, with Wilson and Sebastian Haller (£7.4m) set to go in a double move. Neal Maupay (£6.0m) is on the watchlist too.

Sam Bonfield (@FPLFamily): I transferred Vardy in two weeks ago and that’s probably been my best decision of the season so far, alongside having Kevin De Bruyne (£10.2m) since the opening day. For me, Vardy is now essential. The exciting thing is that, at his price point, he also enables us to own other in-form options such as Tammy Abraham (£7.8m) without having to compromise the rest of our team. Vardy is a gift from the gods of FPL, with the perfect blend of form and fixtures.

Ben Crabtree (@FC_CrabDogg): I've already moved for Vardy ahead of Gameweek 11. I'm disappointed it's the wrong side of his big haul and I should have moved sooner, given how many times I heard that he's become more prolific since Brendan Rodgers joined Leicester.

Mark McGettigan (@FPLGeneral): I don't think I can ignore Vardy any longer. Getting him this week would require a hit so I might have to wait until Gameweek 12 and hope Crystal Palace keep him quiet. Marcus Rashford (£8.4m) and Lacazette are two that I like at similar price points.

Chuck Booth (@ChuckBoothSport): Vardy's price can be problematic, depending on your team. He's a simple downgrade from Aguero, but things get a little trickier if you're shedding Wilson or Pukki. I'd go for Vardy in a downgrade but would hold Wilson for another week, or target Rashford or Maupay at cheaper price points.