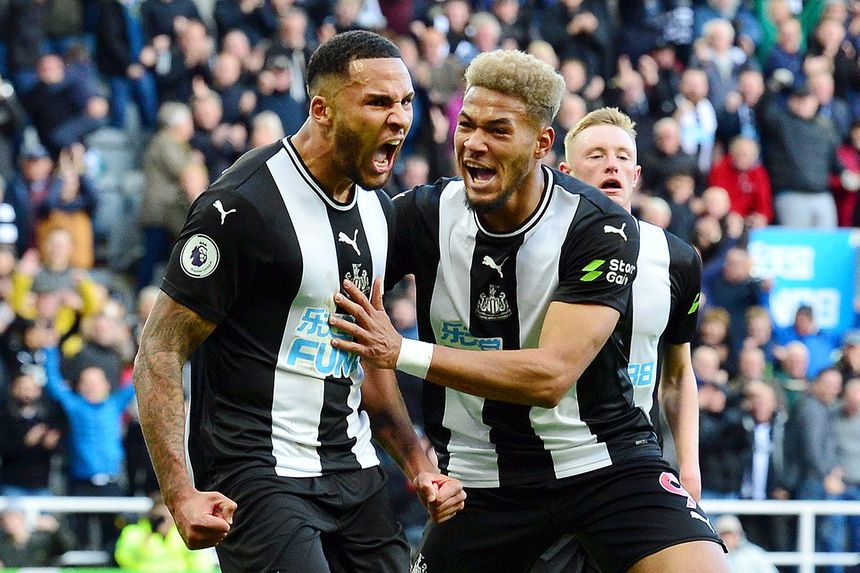 Lascelles: "There was a big change second half" External Link
Best photos of Matchweek 10
Leicester make history with nine-goal triumph

Jamaal Lascelles headed in Newcastle United's goal in their 1-1 draw against Wolverhampton Wanderers on Sunday and in doing so closed in on a Premier League high.

For more on this and all the must-know facts for Matchweek 10, read on. To see the reports and key data for the matches, click on the fixtures.

Leicester City are only the second side in Premier League history to have two players score a hat-trick in the same match, with Jamie Vardy and Ayoze Perez following Jermaine Pennant and Robert Pires for Arsenal, also against Southampton, in May 2003.

Manchester City have won their last 10 Premier League home matches against Aston Villa by an aggregate score of 33-4. It is their joint-longest winning run at home versus a single opponent in PL history, level with their record against Newcastle.

Gerard Deulofeu has had 24 shots and 10 shots on target without scoring in the Premier League this season, the most of any player in the competition.

Sheffield United have earned a draw in all three of their away Premier League matches when conceding first in 2019/20.

Chelsea have won four consecutive top-flight away matches while scoring at least three goals each time for the first time in their history.

All of Newcastle defender Jamaal Lascelles' six Premier League goals have been headers; only Dean Richards, Craig Short and Curtis Davies (all seven) have scored more goals in the competition with 100 per cent of them coming via their head.

Since returning to the Premier League in 2013/14, Crystal Palace have both won (48) and scored (39) more penalties than any other side in the competition. Eagles midfielder Luka Milivojevic has scored 21 PL penalties since his debut in February 2017 - more than twice as many as any other player in that time (Jamie Vardy and Joshua King, 10).

Liverpool are unbeaten in their last 10 Premier League fixtures when conceding the first goal at Anfield, winning each of the last six.

Manchester United have now won away from home in the Premier League for the first time since February, ending a run of eight league matches without a win on the road.