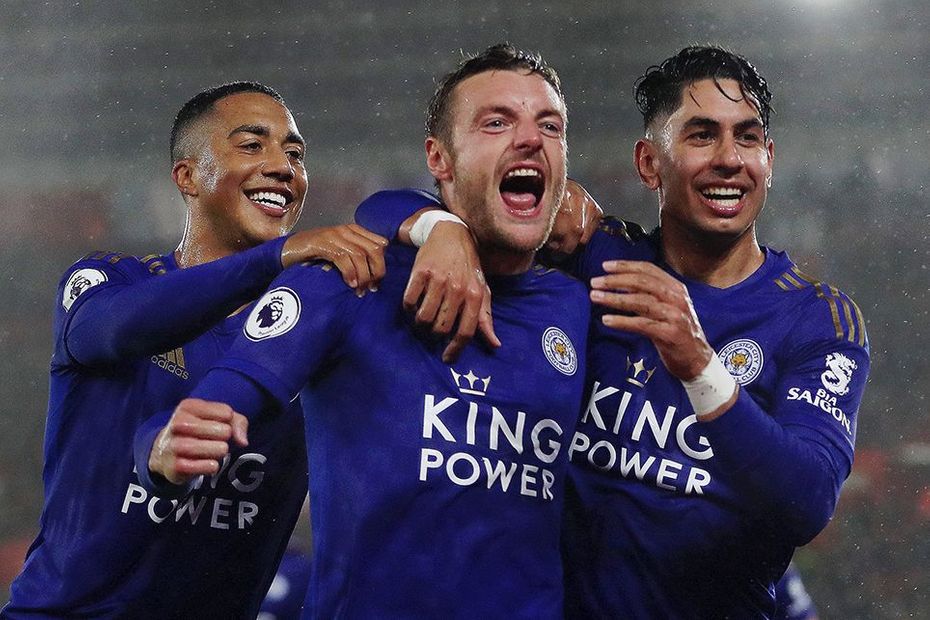 With their 9-0 victory over Southampton on Friday night Leicester City and their players made Premier League history in a number of ways.

The result matched the record margin of victory set by Manchester United, who overwhelmed Ipswich Town by the same scoreline at Old Trafford in March 1995.

It also set the record for the highest away win in Premier League history. It beat the record that had also been held by Man Utd, when they beat Nottingham Forest 8-1 in 1999.

Indeed Leicester's triumph was the biggest victory by an away side in an English top-flight league match in the 131-year history of the Football League.

For the Foxes, this scoreline easily exceeded their previous best in the Premier League, which came only last month when they won 5-0 at home to Newcastle United.

Leicester also became only the second side in Premier League history to have two players score a hat-trick in the same match.

Ayoze Perez and Jamie Vardy followed the achievements of Jermaine Pennant and Robert Pires, who each hit trebles in Arsenal's 6-1 victory over Southampton in May 2003.

Perez also became the first player to score a hat-trick in back-to-back Premier League appearances against the same opponent since Liverpool's Luis Suarez against Norwich City in September 2012. The Spaniard had put three past Southampton for Newcastle last season.

Only one other goalkeeper than Kasper Schmeichel has kept a clean sheet in the Premier League while watching his team score nine, and that was his father, Peter Schmeichel.

In the opposite goal to Schmeichel on Friday Angus Gunn also followed in his father's footsteps, albeit in undesirable fashion.

The Southampton goalkeeper ensured he and his father Bryan became the first father and son to both concede seven or more goals in a Premier League match.