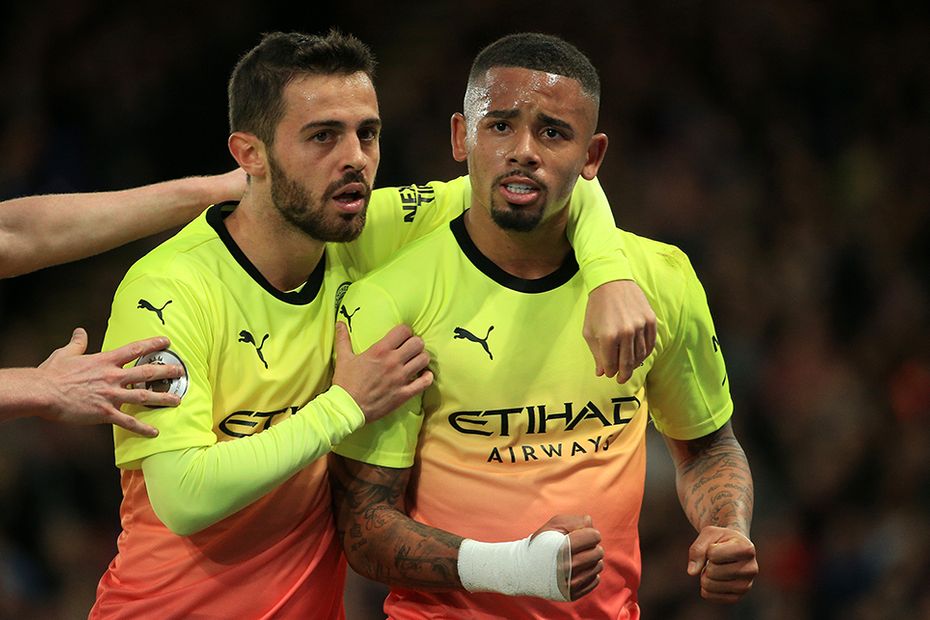 See how the Premier League champions are enjoying life away from home, plus the other key statistics from the weekend

With victory at Crystal Palace on Saturday, Manchester City have continued their impressive record away from home in 2019.

For more on this and all the must-know stats from Matchweek 9, read below. For match statistics, click on the fixtures.

Gylfi Sigurdsson has scored 21 Premier League goals from outside the box. Since Sigurdsson's debut in January 2012, only Christian Eriksen, with 22, has scored more in the competition.

Aston Villa came from behind to win a Premier League fixture for the first time since December 2014 against Leicester City (2-1), ending a run of 50 winless matches in the competition when falling behind at any stage.

Both AFC Bournemouth and Norwich City kept their first league clean sheets of the season, becoming the last two sides to keep a shutout in the Premier League this campaign.

Since the start of the 2016/17 season, Marcos Alonso's 16 Premier League goals are more than any other defender.

At 21 years and 314 days, Harvey Barnes is the second-youngest player to provide two assists in a Premier League fixture for Leicester, behind only Emile Heskey, who did so in May 1998 aged 20 years and 119 days.

Dele Alli has five Premier League goals against Watford, also netting five against Chelsea and Southampton. He has not scored more against any other side.

Raul Jimenez's four penalty goals are more than any other Wolverhampton Wanderers player in the Premier League.

Manchester City have now won 12 of their 14 away Premier League fixtures in 2019, at least three more than any other club this calendar year.

Since the start of last season, Liverpool have scored 28 Premier League goals in the final 15 minutes of fixtures, a total higher than any other side.

Sheffield United's Dean Henderson has kept 25 clean sheets in the league since the start of last season; more than any other goalkeeper in England's top four tiers.