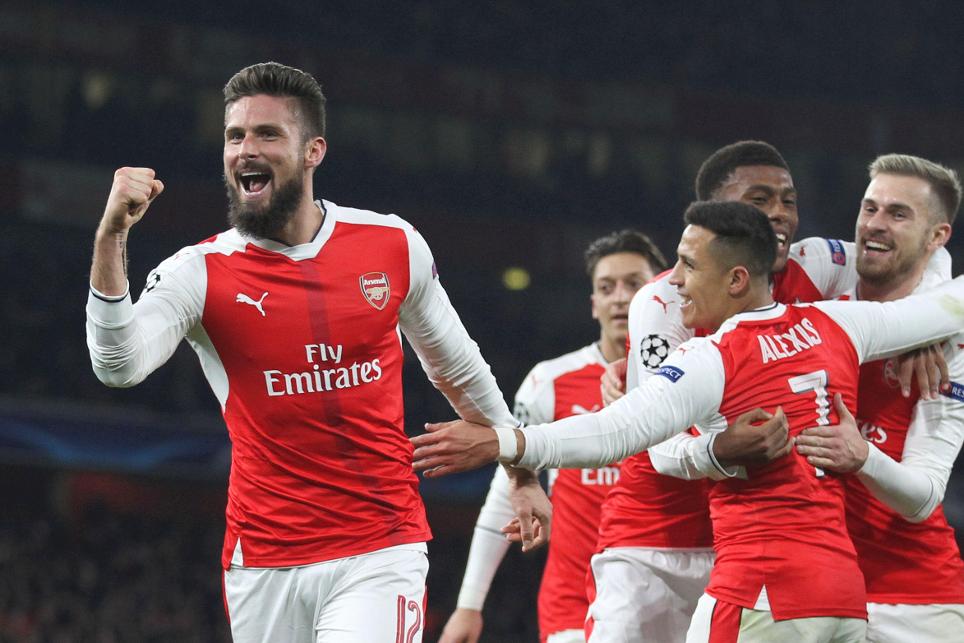 'The team is more resilient than before' External Link

Koscielny: The reason we let it slip External Link

Olivier Giroud (£8.8m) strengthened his case for leading the Arsenal attack at home to AFC Bournemouth in Gameweek 13 by scoring in the UEFA Champions League against Paris Saint-Germain.

After emerging from the bench to grab a leveller at Manchester United in Gameweek 12, Giroud was handed a starting role by Arsene Wenger as Alexis Sanchez (£11.3m) shifted to the right.

The Frenchman's penalty took him to five goals in as many matches in all competitions.

Giroud's form, allied with Sanchez's move wide, places uncertainty over the Chilean's credentials as an FPL captain for the weekend.

Theo Walcott's (£7.8m) remaining 12.3% owners will be hoping he earns a weekend recall.

Post-match, Wenger revealed the winger was restricted to a cameo role from the bench due to a minor toe problem.

Although Arsenal have qualified for the knockout stages, last night's 2-2 draw dropped them to second in their group.

Arsenal must defeat Basel and hope PSG fail to beat Ludogorets Razgrad in their final group fixtures on 6 December, suggesting Wenger could yet name a near full-strength side in Switzerland.

The Argentinian has found in only three of City's last 11 matches in all competitions.

Found in 46.3% of FPL squads, Aguero remains the most popular forward in the game ahead of Saturday's early kick-off at a Burnley side, who have conceded just six goals in seven home matches.

After being omitted from the first XI to face Crystal Palace in Gameweek 12, Ilkay Gundogan (£5.8m) and David Silva (£8.7m) returned to the starting line-up, with the latter grabbing a second-half equaliser to clinch City’s place in the knockout stage.

It was no surprise to see Kevin De Bruyne (£10.8m) assist Silva's strike. The Belgian teed up Yaya Toure's (£7.6m) winner at Selhurst Park on Saturday and has nine FPL assists this season, at least three more than any other player.

Toure is not in City's Champions League squad for the group stages, but scored twice on his first appearance of the season in Gameweek 12.

With Man City guaranteed runners-up to Barcelona in the group, Guardiola has the luxury of rotating his side for the final group match on 6 December.

The home match with Celtic falls between Gameweeks 14 and 15, when City host Chelsea before heading to Leicester City.