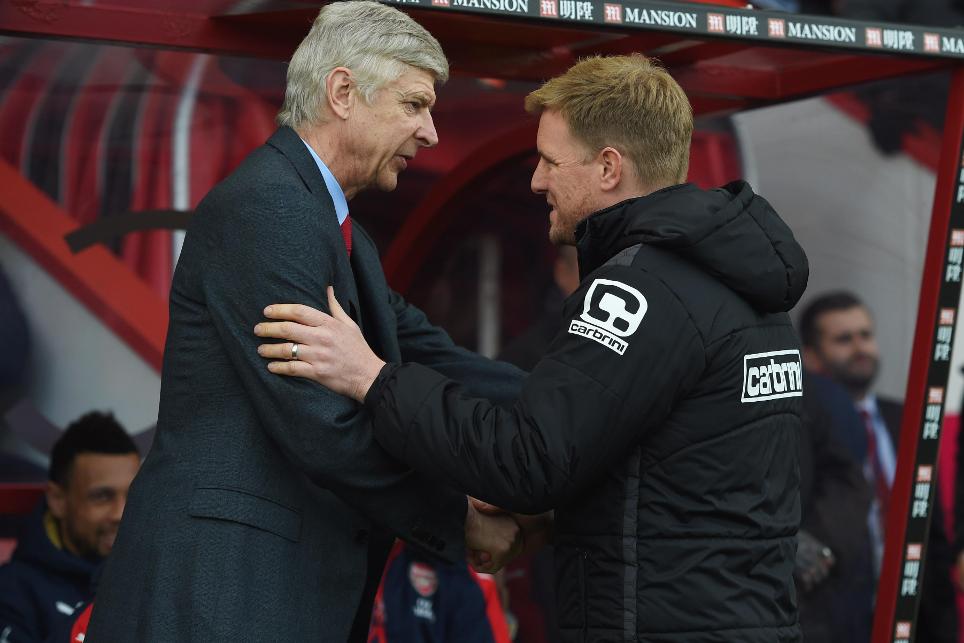 Gallery: AFC Bournemouth in training ahead of Arsenal External Link

Eddie Howe says that Arsenal have had a major influence in his managerial career as his AFC Bournemouth team prepare to visit Emirates Stadium on Sunday.

He told afcb.co.uk: "Naturally as a player I would watch the top teams and aspire to be those top players; Arsenal were a side I watched a lot to find ways to improve my own game.

"Since becoming a manager I do the same thing. Arsenal have had a big influence in my football ideas."

"I loved my time at Arsenal, but now I'm focused on being successful with Bournemouth."

Artur Boruc (back) and Andrew Surman (hamstring) are both doubts for the Cherries and Howe will definitely be without Jack Wilshere, who is ineligible to play due to the terms of his loan deal.

Adam Smith is back after suspension and Jordon Ibe is available after illness.

Want the latest info on these three? Then check this out...https://t.co/N5BixVUzLF